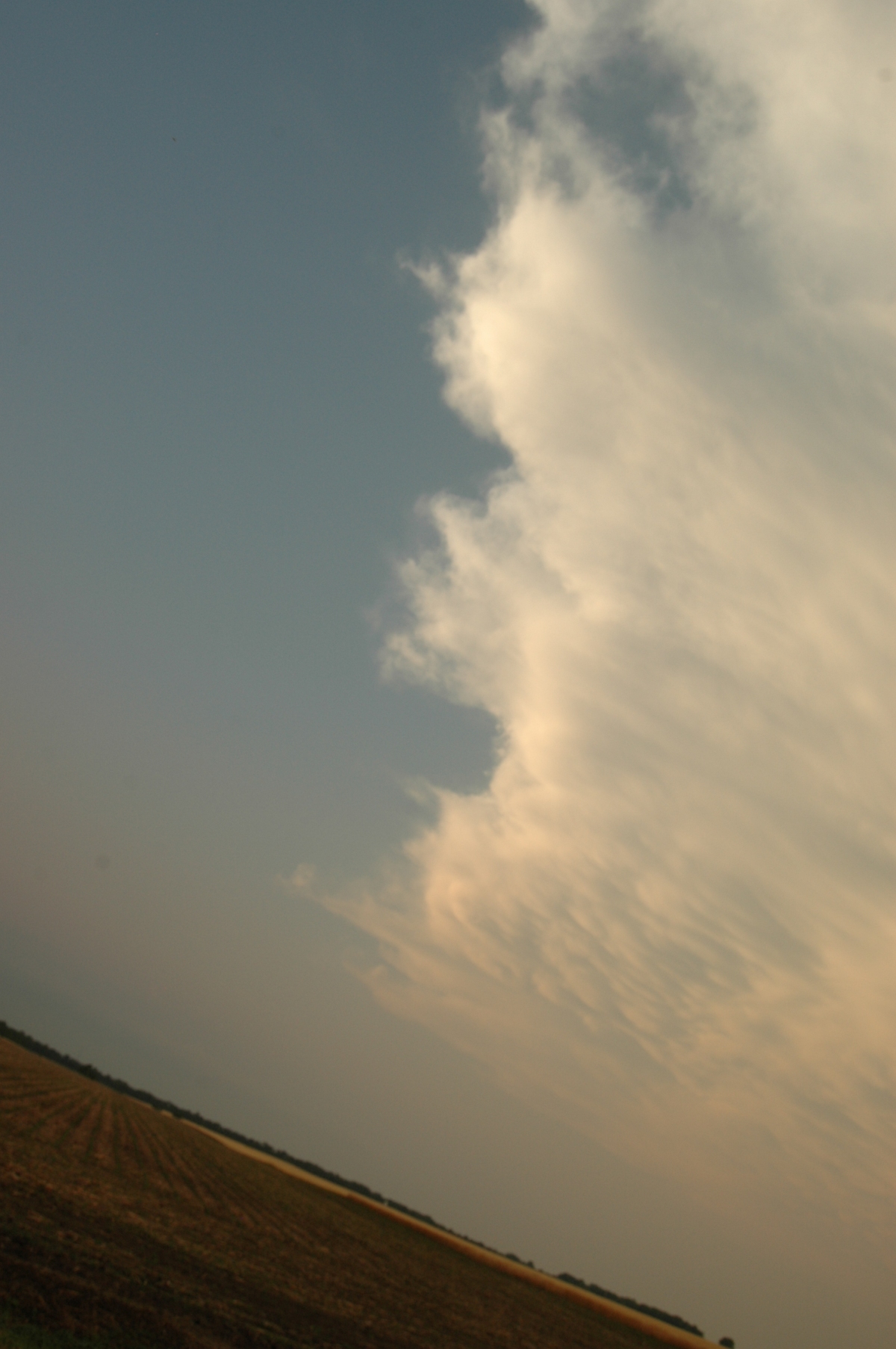 Now that Kansas has experienced the first real storms of the season, that must mean spring is officially here. But what a way to ring in the season! From what I can gather, by yesterday morning (April 15) there had been 121 reported tornadoes in Iowa, Nebraska, Oklahoma, North Texas and Kansas. Most of those in Kansas.

I was taking shelter at my parents’ house in Wichita, so we got to watch a lot of the storm on the television, and there were times when there were eight tornadoes on the ground at one time. Some of those tornadoes stayed on the ground for upward of 30 minutes. Some of them were a 1/2 mile wide and were preceded by 3-inch hail. The meteorologists were having to cut away from covering dangerous thunderstorms because of the number of tornadoes wreaking havoc on the state. We had some close calls. One tornado passed within seven miles of my home in Haven. And a completely different tornado passed within five miles of my parents’ home in Wichita. All within a few hours of each other. And I know people who had much much closer calls, as in two blocks. Only a few people were injured, and no one died. But I know people who lost their homes.

And while I’m very thankful that neither my house nor my parents’ house (or my grandparents’ house) sustained damage, I can’t help but wonder why. We were all prepared. We were all ready and waiting. The tornado in Reno County was heading directly toward Haven, toward my house, toward my friends living there, and then it just turned. Just shifted north and went up toward a different community instead.

The same thing happened in Wichita. The tornado was on the ground, heading directly for my parents’ house. We were in the basement, poised to jump into the furnace closet. The trusty meteorologist said we had five minutes to take precautions–and then the tornado shifted east and devastated a lower-income neighborhood of southern Wichita instead.

Maybe this is going to sound terrible, but if the tornado had come and wiped out everything I own, it would have been all right. I was prepared. I was ready to lose everything. I’d had a conversation with God that morning about it, that if it needed to happen it needed to happen and that I’d trust Him no matter what. I was all ready to lose my home. So how do I deal with the fact that I didn’t lose anything but friends and other people did? 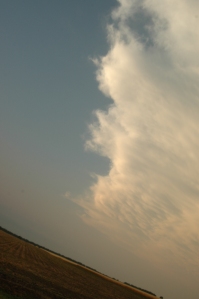 You saw me before I was born. Every day of my life was recorded in your book. Every moment was laid out before a single day had passed.

It’s so hard to get stuck in today. It’s easy to focus on the events of yesterday and today, and it’s even easier to obsess about what might happen tomorrow. So it’s difficult to fathom that God knew everything before any of it started.

He knew that on April 14, 2012 I would be huddled in the basement of my parents’ house listening for the rain and hail to stop to signify the moment we needed to jump into the furnace closet and cover our heads. And He knew I’d be sitting in my upstairs office on April 16, 2012, wondering why my house is still standing pristine and untouched while so many other people weren’t as fortunate.

He knew this before He even created the universe. And that blows my mind. Every moment of my life was written before a single day had gone by, before days even existed. And while this verse isn’t exactly about trusting God, not in the way of Romans 8:28, I still think trust is implied. Because if God has known the whole story of our lives since before the universe even existed, isn’t it a good idea to trust Him with everything?

I don’t know if anyone else struggles with this, but I don’t have a problem trusting God when bad things happen. I struggle to trust God when good things happen. I have a hard time believing Him when other people get hurt or when other people lose their lives. I’m a fixer, and I’m a doer, and the fact that I always seem to survive things is difficult for me because I feel like it would be better if I experienced the devastation instead of someone else.

But the fact remains that God knows what’s going on. He knew my property and my family would get through the storms of April 14 unscathed, just as He knew other people wouldn’t. I don’t know why. I don’t understand, and I’m probably not supposed to. But what I do understand is that He knows what He’s doing. He always does. And there’s never anything that happens that doesn’t have a purpose.

Bad things may not be His will for our lives, but He can always take the bad things that happen and make them good. He’s big enough to do that. And feeling guilty because you survived something other people didn’t won’t change it. The best thing to do is trust Him. Who knows? You may be able to be a blessing to someone else, whether you lose everything you own or not.