I’ve got troubles. How about you? I have stuff in my life that blows up on occasion, and it’s really hard to recover sometimes. I want God to fix it. I want Him to intervene and make everything right again as quickly as possible so nobody gets hurt, including me. But He doesn’t always work like that. Actually, He rarely works like that. And so I have to go through even more difficult situations, where people are angry or where people make foolish choices and I have to pick up the pieces and start all over again.

If you’ve never been there, you don’t know how discouraging that is. To have invested your life in something only to have something outside your control ruin it all. And you have to start over from scratch.

When I was young, my favorite hobby was writing (not much has changed). And I would sit and write as often as I could. I had this huge book series I was working on. Back then the power grid out here in the country was unreliable at best, and we had an old computer that had never heard of “Auto Save.” You already know where I’m going. I was typing along, just minding my own business, and the power went out. And I lost four whole single-spaced pages. And they weren’t even scenes with basic description or simple dialogue. They were scenes with complicated, plot elements.

I was devastated. This probably doesn’t sound like a big deal to anyone, but if you’re a writer, you can identify with the loss. I had to start those pages all over again. And this was before I worked with an outline, so I had to recreate what I had pulled out of thin air. And all I could think about when I got to the end of those four new pages (and saved them six times) was that it wasn’t as good as the first attempt.

I don’t do this very often, but I’m posting an entire chapter. The whole chapter is just wonderful, one of my favorites. And since I’m going to put the whole chapter up, I’m putting it up in The Message (emphasis is mine), but if you want to read it in New Living Translation, it’s also very good. 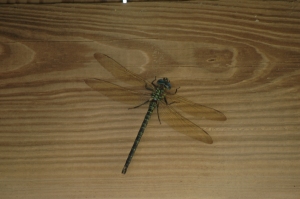 Since God has so generously let us in on what he is doing, we’re not about to throw up our hands and walk off the job just because we run into occasional hard times. We refuse to wear masks and play games. We don’t maneuver and manipulate behind the scenes. And we don’t twist God’s Word to suit ourselves. Rather, we keep everything we do and say out in the open, the whole truth on display, so that those who want to can see and judge for themselves in the presence of God.

If our Message is obscure to anyone, it’s not because we’re holding back in any way. No, it’s because these other people are looking or going the wrong way and refuse to give it serious attention. All they have eyes for is the fashionable god of darkness. They think he can give them what they want, and that they won’t have to bother believing a Truth they can’t see. They’re stone-blind to the dayspring brightness of the Message that shines with Christ, who gives us the best picture of God we’ll ever get.

Remember, our Message is not about ourselves; we’re proclaiming Jesus Christ, the Master. All we are is messengers, errand runners from Jesus for you. It started when God said, “Light up the darkness!” and our lives filled up with light as we saw and understood God in the face of Christ, all bright and beautiful.

If you only look at us, you might well miss the brightness. We carry this precious Message around in the unadorned clay pots of our ordinary lives. That’s to prevent anyone from confusing God’s incomparable power with us. As it is, there’s not much chance of that. You know for yourselves that we’re not much to look at. We’ve been surrounded and battered by troubles, but we’re not demoralized; we’re not sure what to do, but we know that God knows what to do; we’ve been spiritually terrorized, but God hasn’t left our side; we’ve been thrown down, but we haven’t broken. What they did to Jesus, they do to us—trial and torture, mockery and murder; what Jesus did among them, he does in us—he lives! Our lives are at constant risk for Jesus’ sake, which makes Jesus’ life all the more evident in us. While we’re going through the worst, you’re getting in on the best!

So we’re not giving up. How could we! Even though on the outside it often looks like things are falling apart on us, on the inside, where God is making new life, not a day goes by without his unfolding grace. These hard times are small potatoes compared to the coming good times, the lavish celebration prepared for us. There’s far more here than meets the eye. The things we see now are here today, gone tomorrow. But the things we can’t see now will last forever.

God has a plan. Even when nothing makes sense to us, it’s comforting to know that He’s got it all handled. The trouble with following Christ in this world is that we can’t always see the difference God is making to people. They’re either too ashamed to admit it or too afraid or too proud. But even if they don’t say anything, even if they act out, even if they lash out in anger, you can know that it’s probably because God used something we did or said to unsettle them.

That’s difficult for me sometimes because it’s frustrating to watch something I gave so much of myself to torn down.  But nothing happens without a reason, and as long as we keep our perspective straight and keep doing what God has called us to do, He can use it to bring about our greatest hopes, to fulfill our dreams. But starting over again is exhausting, and there’s the fear that it will be torn down again. But let’s be honest: sometimes starting over again is the best thing that can happen, even if it’s for reasons we don’t understand.

As a child, I hated those four pages that I had to rewrite. But I tell you what, I learned the importance of saving my work. And a few years later … I ended up rewriting the whole scene anyway. And it turned out ten times better than it ever could have when I was younger.