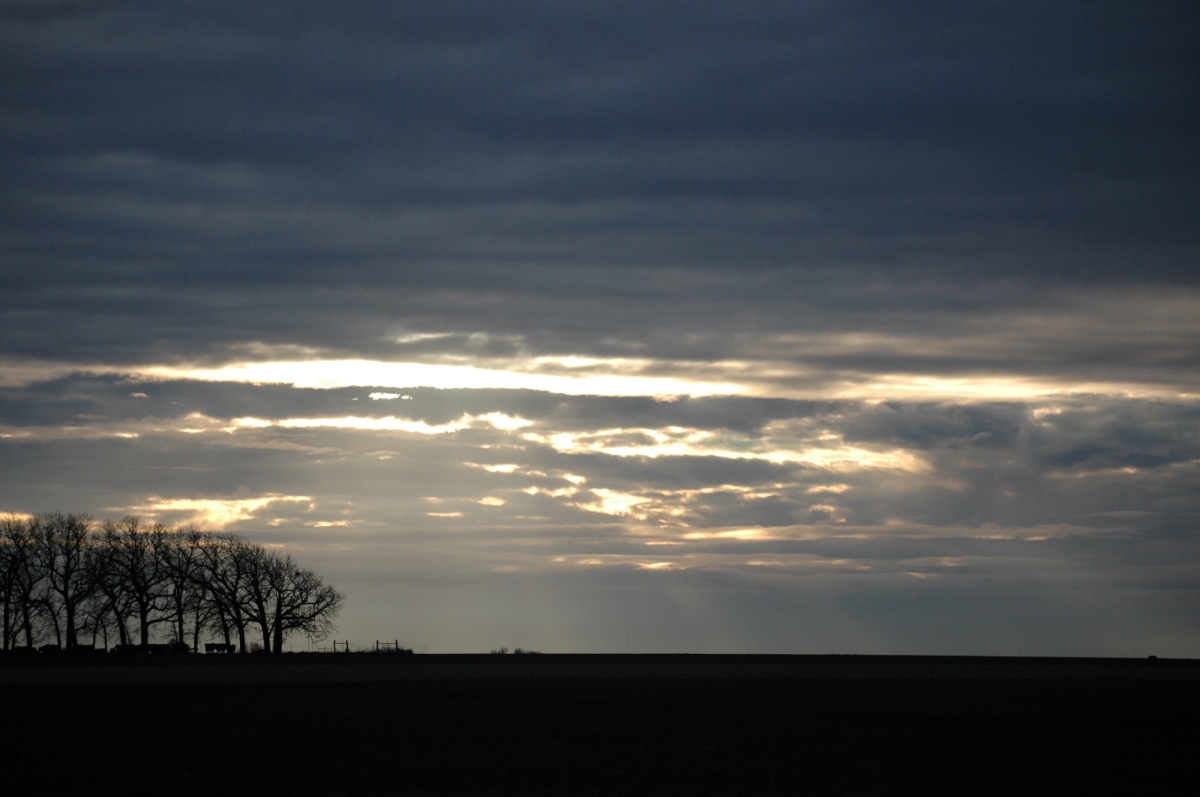 Why is God invisible? Do you ever wonder about that? When I was little, I used to think that it was strange that God chose not to show Himself, and a part of me now still understands peoples’ hesitance to believe in a God they can’t see. After all, it’s so easy to believe that the things we see are real because we can experience them. It’s difficult to experience something you can’t see in this world, and when it comes to eternity, well, we just have to take His word on it. Because who really knows what happens after we die? Can anyone report on it?

Sure there are books and testimonies of people who have had near death experiences, and I’m not discounting what they went through. But if you don’t believe in God because you can’t see Him, I doubt you’re going to believe someone spent an afternoon in heaven when they were dying in a hospital somewhere.

The question that stopped me this morning challenges that perspective. Because is God really invisible? Is it really so impossible to see Him?

God blesses those whose hearts are pure,
for they will see God.

Matthew 5 is the beginning of a sermon Jesus preached toward the beginning of His ministry. If I remember right, The Sermon on the Mount is found in Matthew 5-7 and it marked a turning point in peoples’ perspectives about him because: When Jesus had finished saying these things, the crowds were amazed at his teaching, for he taught with real authority—quite unlike their teachers of religious law (Matthew 7:28-29).

The Sermon on the Mount begins with a section folks call the Beatitudes, which contain some of the strangest concepts in scripture. Well … they seem strange to us because they are instructions from God, and the world we live in has turned everything upside down.

According to today’s verse, if our hearts are pure, we will see God.

Okay. I’m down with that. There are loads of examples throughout scripture where God has revealed Himself to regular old people, so I don’t doubt that He can do it if He wants. So why doesn’t He do it more often? Is it because our hearts aren’t pure enough? I’d buy that.

What does it even mean to have a pure heart? Biblical statements have a tendency to be rewritten and redefined and plagiarized by the world, but in this instance, I don’t think the definition has changed too much. Being pure of heart means having a heart with good intentions. It’s living with integrity. It’s always doing the right thing.

And honestly, many days I fit in that category. I know a lot of other people who do too. But none of us have seen God. Does that make Him a liar?

I love having the Bible in more than one translation. English is so weird. When you’re translating from an image-rich, idiomatic tongue like Greek, you lose so much if you try to state it word-for-word in English.

This is Matthew 5:8 in the Message, which is a paraphrase that captures the essence of what is being said:

“You’re blessed when you get your inside world—your mind and heart—put right. Then you can see God in the outside world.”

Do you get that? Do you understand what it’s saying?

God can let us see Him if He wants to, but there have to be some conditions first. Why? Well, in every instance in Scripture where God shows Himself, people tend to glow. Not figuratively. Literally. And that’s just from seeing the trailing edge of him as He passes by. So seeing God in our weak states now wouldn’t really be healthy for us.

But that doesn’t mean we can’t see the results of His presence.

If you want to see God, get your perspective straight. God is everywhere. He’s at home. He’s at work. He’s at church (I hope). He’s with you. He’s with me. He’s in Zimbabwe. In Guatemala. In Wichita, Kansas. He’s in Antarctica. He’s in England. He’s everywhere because He Is.

And the reason we “can’t see Him” is because we’re not looking. He’s not invisible. The obvious signs of His presence are screaming at us on every street corner, in every awkward silence, in every child’s laugh, in every blooming flower or drifting snowflake.

Your attitude determines a lot, and if you have the attitude that you have to see God on your terms, you’re going to be disappointed. Because God doesn’t operate on our terms; He never has. And I’m glad. Because our terms are screwed up, and if you’re honest, you’d recognize that too.

But once you have the attitude that is willing to go along with what God wants, lots of things change. Once you get your heart focused on Him and your mind focused on Him, He’s not so hard to see. In fact, He becomes so obvious it’s hard not to see Him.