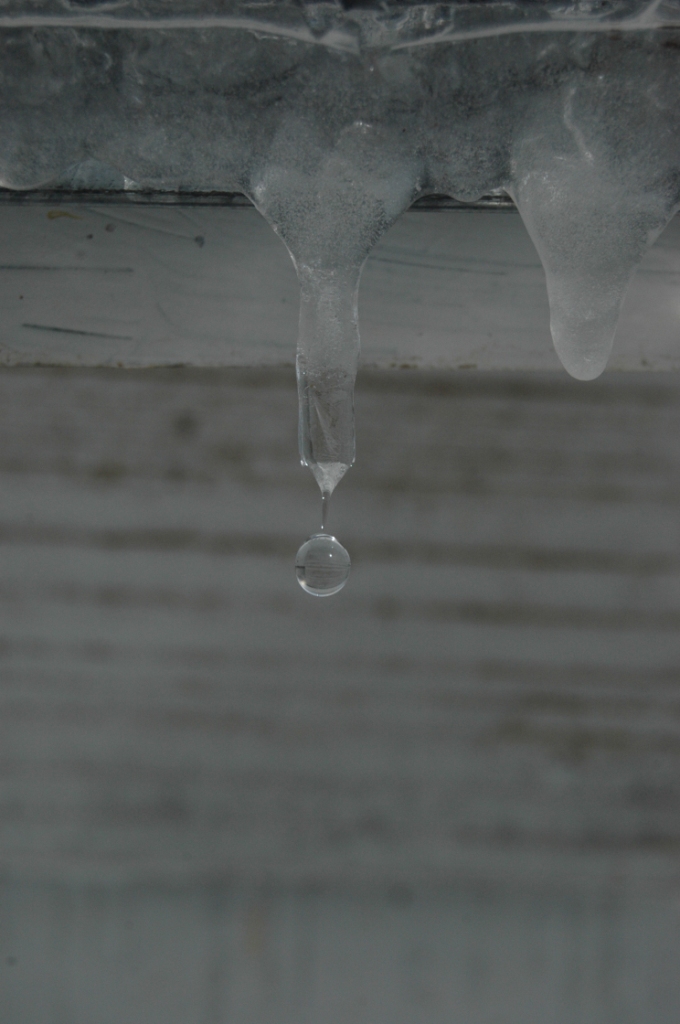 I hate waiting. I’m one of the most impatient people you’ll ever meet, most likely because I’m capable. And I don’t say that to boast. I’m just being honest. Plus, our culture and all our technology have made it extremely easy to chase your dreams or achieve your goals without having to sacrifice as much as you might have had to in the past. But, to paraphrase Michael Crichton’s disillusioned mathematician Dr. Ian Malcolm from Jurassic Park and The Lord World, just because you can do something, doesn’t mean you should (point of interest, I think Paul said that somewhere too).

Following Christ is a lifetime study of endurance., but endurance itself takes many forms. One of the beautiful parts of language is connotation. Connotation is the conceptual understanding of a word or phrase. Some words have negative connotations; other words, though they mean practically the same thing, can have positive connotations. And maybe this is just me, but endurance usually indicates that you’re suffering through some kind of trouble but you’ve chosen to keep going. 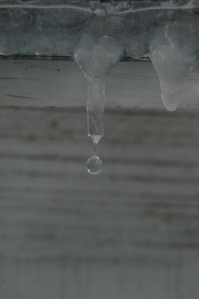 Drip from an icicle at Safe Haven Farm, Haven, KS

Our great desire is that you will keep on loving others as long as life lasts, in order to make certain that what you hope for will come true. Then you will not become spiritually dull and indifferent. Instead, you will follow the example of those who are going to inherit God’s promises because of their faith and endurance. For example, there was God’s promise to Abraham. Since there was no one greater to swear by, God took an oath in his own name, saying: “I will certainly bless you, and I will multiply your descendants beyond number.” Then Abraham waited patiently, and he received what God had promised.

If you look up the synonyms for endurance, one of the words you’ll find is patience. To me, at first glance, patience means something completely different than endurance. But when you get right down into the nitty-gritty of the words and their definitions, they’re really talking about the same thing. Waiting.

Feel free to roll your eyes. I know I have issues. I’m working on it.

What the writer of Hebrews, through God, is saying here is that waiting is a part of following Christ. We need to love each other so that we won’t lose the hope God has promised us, and we need to follow the examples of the people who came before us. And if you’re talking about faith, Abraham is usually the example. He’s the one who started it all. But put yourself in his shoes.

The poor guy. If I had to wait like Abraham had to wait? Wow. I’m spoiled. Abraham had to wait until he was more than 100 years old for God to keep His promise. Now, did he wait perfectly? Not exactly. Abraham had a lot of other voices in his life pushing him to do things that God hadn’t ordained, and every time Abraham tried to make God’s promise work, it backfired. Sometimes drastically. But when he finally got it through his head to stop trying to fix things his way and wait for God, God came through.

It’s no different for us. God has made each of us a promise. It’s up to us to trust Him and wait for Him to work. He will, but it’s highly unlikely that He’s going to work on your timetable. He’ll either drag it out or He’ll light a fire under you. Either way, you’ll come out the other side stronger than when you started. And if you try to rush Him, if you run ahead of Him and try to make His plans work out before He’s ready, you’ll fall on your face–and you make take others down with you.

I hate waiting more than anybody, but what’s worse? Waiting or failing? Waiting or causing other people harm? Waiting or bringing shame to God through my behavior? Think I’m exaggerating? Maybe. I’m sure Abraham never thought his actions would result in a blood feud that would last until Christ’s return, a vicious civil war that still rages in the Middle East today, but they did. And if we’re supposed to learn from his example, shouldn’t we take this seriously?

So if you’re waiting today for God to move, keep waiting. Shut out the voices that tell you to run ahead. Maybe they mean well. I’m sure they mean well. But so did Sarah, Abraham’s wife, and look how that all turned out.

God made Abraham a promise, just like God has promised you something. But God is God, and He operates on His own time. So He’ll act in His own time, and it’s our job to follow, even if that means waiting. But God will make it worth it. You just do what you’re supposed to do today, whatever that is. And you never know. Tomorrow, everything might change.