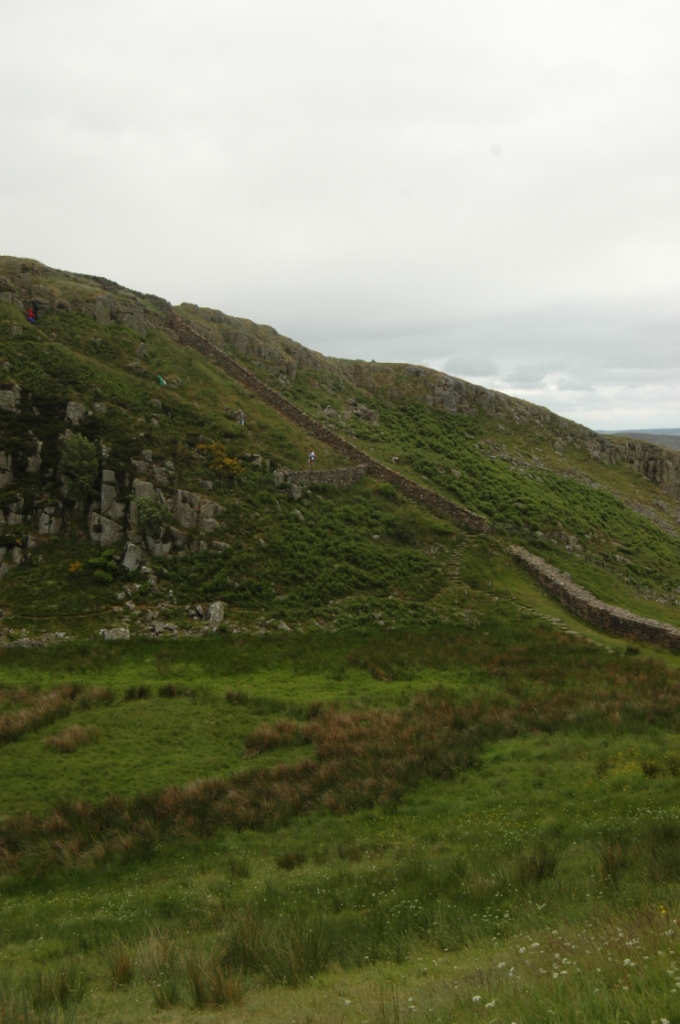 Life is full of scary things, and if you focus on all there is to be afraid of, it’s easy (very easy) to be overwhelmed with how little we actually have control over. The key is to recognize that God is in control and trust that He’s going to take care of the details. But that’s easier said than done, especially if you’re a control freak.

I’m convinced that God put certain passages in Scripture just for me. That’s how I feel about today’s passage.

“The Lord will destroy the nations living in the land, just as he destroyed Sihon and Og, the kings of the Amorites. The Lord will hand over to you the people who live there, and you must deal with them as I have commanded you. So be strong and courageous! Do not be afraid and do not panic before them. For the Lord your God will personally go ahead of you. He will neither fail you nor abandon you.”

Then Moses called for Joshua, and as all Israel watched, he said to him, “Be strong and courageous! For you will lead these people into the land that the Lord swore to their ancestors he would give them. You are the one who will divide it among them as their grants of land. Do not be afraid or discouraged, for the Lord will personally go ahead of you. He will be with you; he will neither fail you nor abandon you.”

I don’t spend an enormous amount of time in the Book of Deuteronomy, but whenever I read it, I remember how much I love it. With a name like Deuteronomy and its location in Scripture, I get it mixed up with Leviticus and Numbers. But Deuteronomy doesn’t have as much law in it, not like Leviticus does. Yes, there are some portions about the Law and dos and don’ts and things like that, but the book as a whole isn’t just the Law. It’s about the Children of Israel, the generation after one that left Egypt. And this passage marks where Moses turns command over to Joshua.

Put yourself in Joshua’s shoes. What a terrifying proposition! This isn’t like a promotion at work that you’ve been waiting for. This isn’t even like a promotion you didn’t see coming. This is like your boss pulling you from an area where you’re comfortable and a job description that you’re confident in and tossing you into the role as CEO of a major company. In a matter of moments, you go from being the one who takes orders to the one who gives orders, and you didn’t see it coming. If you haven’t worked for a big company, that may not sound intimidating, but if you’ve ever worked for a corporation you’ll understand just how frightening that sort of event would be.

I can’t imagine going from my little writing position to suddenly being in command of my company. It’s not something I would even want. And it makes me wonder if that’s how Joshua felt. After all, he saw what Moses had gone through. He saw how the Children of Israel had treated Moses. He witnessed everything first hand as a soldier, and then when he’s given command, he suddenly has to face the fact that he’s the one God wants in charge.

So it’s no wonder God tells him over and over again not to be afraid, not only in this book but also in the Book of Joshua, directly after this one.

Why repeat it? And it seriously is almost exactly repeated word for word. Couldn’t the Scriptures have just said something like “Moses told Joshua all God had said.” There are other passages like that. Why not here? Why put it down again? And what’s more, if you look ahead to Joshua 1:1-9, you’ll see almost exactly the same thing repeated.

This is what I have learned about the Bible. God doesn’t waste words. If He chooses to repeat something in Scripture, it’s not an accident. It means something, and usually it means we need to pay attention. It means what He’s saying is something He wants us to really understand.

God knows what’s coming. He knows what the future has in store for us, even if we don’t, and He isn’t going to let us face it alone. He’s there. And if He’s there and if you can trust Him, you don’t have to be afraid. Fear isn’t something that you need to give in to because God has given us the power to overcome it.

I don’t normally do this, but I love the song “Overcomer” by Mandisa. And I watched the music video for it last night that features some pretty well known overcomers. The YouTube link for it is below, and if you have a moment, I’d really suggest watching it and remembering that no matter what you’re facing in life right now, God is telling us not to be afraid. You’re going to face challenges and impossible situations, but God isn’t going to let you do it by yourself.