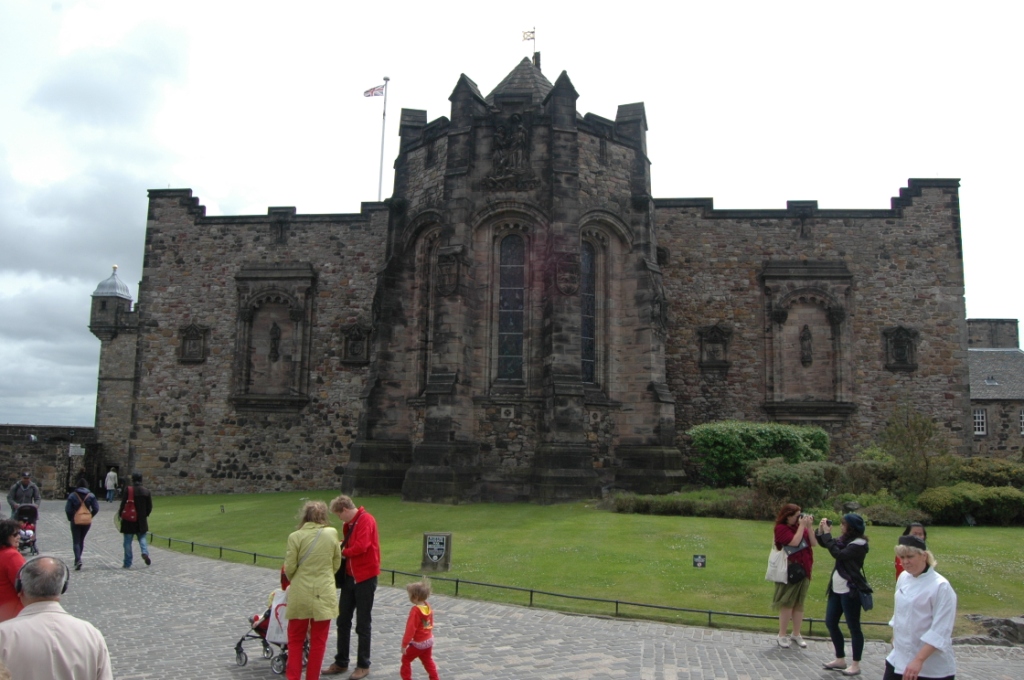 I have always loved architecture, even before I got into the building and construction industry. I don’t know how to do it. I don’t know how to build things, but I love to look at buildings, especially old ones. So getting to visit Edinburgh and London this summer was a real treat, because I’m not sure we stayed anywhere that wasn’t as old or older than my 100-year-old house. Old buildings are just cool.

It’s fun to imagine what it took to build them, especially the buildings at a place like Edinburgh Castle. That place is immense, and it’s all built of stone. We get used to modern construction, little houses that are pieced together and pre-manufactured. But even my old house was a custom job in 1915, and Edinburgh Castle, well, I can’t even begin to imagine how much work that was. The oldest castle buildings were built in the 12th Century, I believe, and at first blush you’d think that’s impressive because they’re still there. There are a lot of other castles that are probably older that aren’t in this good a shape. Does that mean Scottish castles are just better built?

Well, maybe. But it’s more likely that Edinburgh Castle is in better condition than others because it’s been maintained. It’s the same with the Tower of London, which is approximately the same age and still in spotless condition. The thing about old buildings that are still intact enough to walk around in isn’t that they were built better than other buildings the same age; it’s that someone came along and kept them up.

But you, dear friends, must build each other up in your most holy faith, pray in the power of the Holy Spirit,and await the mercy of our Lord Jesus Christ, who will bring you eternal life. In this way, you will keep yourselves safe in God’s love.

Life has a tendency of tearing down what we build. As a Kansan, I can appreciate how temporary buildings can be. It’s unusual to find a house the age of my home in these parts because most houses don’t make it that long. The storms blow them down. And while my poor house has certainly taken a beating (I’m getting my new roof put on this week!), it hasn’t been blown over … yet.

But other buildings on my property haven’t fared as well. I have an old 1800s era schoolhouse that’s falling down. But I haven’t maintained it. That’s the difference. Buildings don’t stay up just because you build them; you have to keep them up.

And it’s the same with our relationships. Haven’t you found that the friendships you spend time maintaining are the ones that last? You can’t be friends with someone and never talk to them. If you have a friend you haven’t talked to in years, you’re not friends. You’re acquaintances.

And that goes for our relationship with God too.

Faith is difficult to build. It takes a long time and a lot of effort, but once you’re done, it can be pretty impressive. Faith is impressive, especially to people who don’t have as much of it or who’ve turned away from it. No matter what they may say, I’ve discovered that people who don’t believe have a deep respect for people who do. But just because you have faith doesn’t mean it won’t fall into disrepair if you neglect it.

Time and storms and general chaos will wear your faith down, and if you don’t take steps to keep your faith up, it will fall. So how do you do that? Well, you keep reading the Bible, for one. And you keep talking to God. And you keep up your relationships with other believers who encourage you. This verse is kind of interesting because depending on the translation you pick, it will say either “build each other up” or “build yourselves up.” I don’t know which one is right, but honestly? Either one works. Maintenance is difficult generally speaking, and there’s nothing wrong with doing it yourself or asking someone else to help you.

Faith is like an old castle. It’s carefully constructed to withstand enemy attacks and the ravages of time, but if nobody lives there, it will eventually fall. So don’t let your castle crumble. Take steps now to help your faith grow strong so when the storms and attacks come, you’ll be able to stand through them. That’s not saying you won’t take damage, but it’s more likely that you’ll still be standing in the end.