I was in a really bad car wreck a number of years ago, but miraculously I walked away from it. Looking back, I should have let the ambulance take me to the hospital, but I was too stubborn and didn’t think I was badly injured. And, truthfully, I wasn’t badly injured. I did find out later that my left shoulder had indeed separated, and because of the delay in treatment I ended up in physical therapy.

That’s where I learned a very important lesson in life. See, I could go to my physical therapy appointments and meet with the doctor, but my shoulder didn’t get any better until I started doing the exercises he prescribed for me at home. I didn’t want to do them. They were uncomfortable and time-consuming, and I just sort of let them slide until I had to go back to my therapy appointment. Surely just meeting with the doctor and letting him poke my shoulder was enough. I didn’t have to do the exercises at home, right? 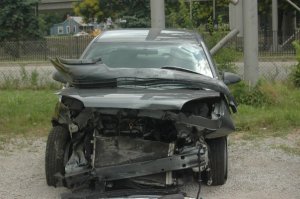 Jesus said to the people who believed in him, “You are truly my disciples if you remain faithful to my teachings. And you will know the truth, and the truth will set you free.”

It’s one thing to know the truth, but it’s something else entirely to do the truth. Knowing and Doing are two very separate, very different things. Everybody knows that your car will run out of gas unless you fill it up, but just knowing that fact won’t stop you from running out of gas. You have to stop, pay too much money, and put gas into your car if you want it to keep running. Just knowing doesn’t make a difference. Just knowing won’t change anything.

It’s true that knowledge is power, but it’s only powerful if you put it to use. Otherwise it sits on a dusty shelf like that ancient book in the second hand shop that nobody wants. And all it’s good for is a paperweight.

God’s Word is the same way.

As Christ-followers, we are called to do truth. Truth is a tool, just like God’s Word. The Bible calls itself a two-edged sword, but even a sword isn’t good for anything if all it does is sit around.

Want God to change your life? Want to see a difference in your world? It won’t happen if you just sit on what you know. You won’t see any difference at all just by osmosis. Doing truth is an active process, and it’s something you have to work at every day, a conscious decision you make every morning when you get up.

Stop resting on your blessed assurance, Christians. Get up and start doing what God says.