I don’t have a good feeling about politicians. It doesn’t matter what side they take, what party lines they walk, what policies they promote, I just have a hard time trusting them. But you know what? I don’t know any politicians. I’ve never met one, not really. Never spent time with one. Never shaken hands with one. I had lunch at the governor’s mansion in Topeka once while I was in college. We were visiting for Associated Press Day in my beat reporting class, and I saw the governor across the room, but I didn’t speak to her.

So how can I say that I don’t trust politicians when I don’t know any? Well, I know of them. I hear them speak. I see the damage they do. I watch them break their word over and over again. So in my distant, third-person perspective of politicians, they can’t be trusted. But is that any way to rate someone’s trustworthiness? Just because other people “like” them aren’t trustworthy, does that make them untrustworthy too? 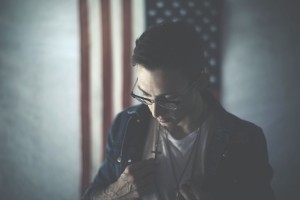 True, some of them were unfaithful; but just because they were unfaithful, does that mean God will be unfaithful? Of course not! Even if everyone else is a liar, God is true. As the Scriptures say about him, “You will be proved right in what you say, and you will win your case in court.”

People seemed to be running into this same conundrum when it comes to God during the writing of the Book of Romans. Paul addresses the unfaithfulness of people who’d been trusted with God’s Word, how they hadn’t done what they were supposed to do. But Paul’s statement is that just because people let you down, you should assume God will too.

Stop laughing at me. You do it too. Maybe your labels are different, but we all are guilty of categorizing people.

The same principle is true with God. There are a lot of people who claim to follow God, but they go around hurting people, making life difficult, causing conflict at home, in the workplace, at school. Some folks who claim to be Christians lie and cheat and steal. They don’t respect authorities. They are bad influences on people. And they’re unrepentant about it.

But you know what? Just because a Christian acts that way doesn’t mean God is pleased with him or her. God has a specific list of traits that He expects His children to live by, and just because someone calls themselves a Christian doesn’t mean they’re actually living like one.

So the next time you are tempted to give up on God because you had a bad experience with one of His followers, think twice. People are people, and God is God. People will let you down, but God never will.