Nobody’s perfect. We say that all the time, but do we ever really think about what it means practically? If you’re not a perfectionist, maybe this doesn’t happen to you. But when you screw up, how long do you spend beating yourself bloody because you should have known better? How long do you lock yourself in the dudgeon of self-incrimination where you proclaim awful truths about yourself? Or am I the only one who does that when I make mistakes?

We all screw up. We all jump the gun. We all fall on our faces. How much is worth to us to know that God understands? 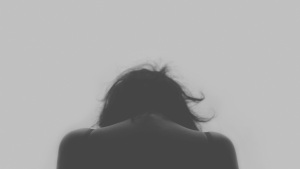 Our job is to take responsibility for our failures and turn our eyes to God. If we’ve broken God’s rules, if we’ve done what God says is wrong, we need to admit that. We need to confess to Him that we’ve screwed up, and then we need go back to doing what He says is right.

There’s something inside us that tells us He doesn’t want us. Our poor, confused, deluded hearts will point us in the opposite direction because of our shame. But God doesn’t care about your shame or your failures or your screw ups. He just cares about you. So turn around. Go back to Him. And He’ll restore what you’ve lost.

So you’ve screwed up? Join the club. God’s waiting with forgiveness and mercy and help. So what are you waiting for?

Is it wise to show mercy to someone who refuses to learn? Is it a good idea to give mercy to someone who is just going to turn around and hurt others, someone who never had any intention of changing? No, we don’t know people’s hearts, and we can’t read people’s minds, and we should never judge. And we are commanded to love everyone. But are love and mercy the same? 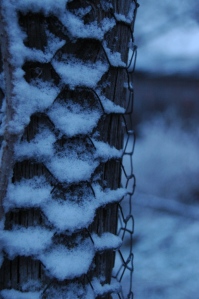 We often refer to God as being merciful because of the sacrifice Christ made on the cross for us. But even God’s mercy only extends so far, especially when the ones who are asking for it don’t hold up their end of the bargain. But what do these verses actually mean? Do we have to deserve mercy? Because if we have to deserve mercy, I think that would defeat the point. We deserve damnation. We deserve to be punished because of the way we live. That’s where mercy comes in.

But think about it this way: What’s the point of showing mercy to someone who has no intention of using it? Mercy is something that is given to you to use, but we have a choice in how to use it. We can either use it to help other people, or we can forget about it. We can conveniently misplace it. It can be like the Christmas present you got that you don’t think you need, that gets stuffed in a closet somewhere. But how are we to know who will use mercy and won’t? How can we tell?

Maybe I’m wrong, but this is the way I see it: We don’t know.

I can’t tell you what you are thinking in your heart. I can’t know the thoughts you have. Sometimes I have a pretty clear idea, but even the people I think are an open book can turn around and become someone completely different at the drop of a hat. And it turns out I didn’t know them at all.

Sometimes believers get full, I think. We get so full of the good things that God has done in our lives, and that’s awesome. Because if you are living the way God has told you to live, God blesses you. That’s the way it works. And the closer you get to God, the more He changes you to be like Him, the more blessings you receive. And there are times when I just stand and marvel at the life that God has given me, because I don’t deserve any of it. But I have the life I have because I chose to follow God even when it didn’t make sense. That was my choice. But it’s easy to get caught up in that and forget how merciful God really is.

Because you see, God does know our hearts. He knows my heart, and He knows your heart. He knows what we’re all thinking right now and what we’ll be thinking tomorrow and ten years from now. And because God knows whether or not we will take advantage of His mercy, He has every right to withhold it until we come to our senses and live the way He’s told us to live. But that’s God. He has that prerogative and right, and He is justified.

But I’m not God. I’m nobody. I’m just a little beggar who made a choice.

Maybe this is a poor example, but I finally got to see Les Misérables the other day. And this morning, at reading this verse, the only thing I can think of is one of the beginning scenes when Jean Valjean is taken in by that priest. Frightened and broken, Jean Valjean steals all that silver from the church and runs away, but he’s captured and dragged back by the police, but he claims that the priest gave him the silver. The police put him before the priest and ask if it’s true. The priest has every right to be angry; he’d showed kindness to a man who had nothing, and in return that man had stolen from him. But the priest doesn’t condemn him. He verifies to the police that he had indeed given the silver to Jean Valjean, and then he turns around and gives him the two silver candlesticks off the table.

Mercy. Mercy in spite of the fact that he deserved condemnation.

I can’t see people’s hearts. So I really don’t know people. But because God has been merciful to me and because God’s mercy is a part of my life, I want to live a life that shows mercy to others.  I can’t determine whether or not someone will take advantage of the mercy I’ve shown them. Granted, if I show them mercy and then they turn around and bash me over the head or stab me in the back, then I’ll know. And then there are other steps to take, but until you take a chance with people, you’ll never know for sure. And while one might crush your hopes and dreams, another might turn out to be the biggest blessing you’ve ever had.

So don’t be afraid to show mercy to people, especially if they don’t deserve it.