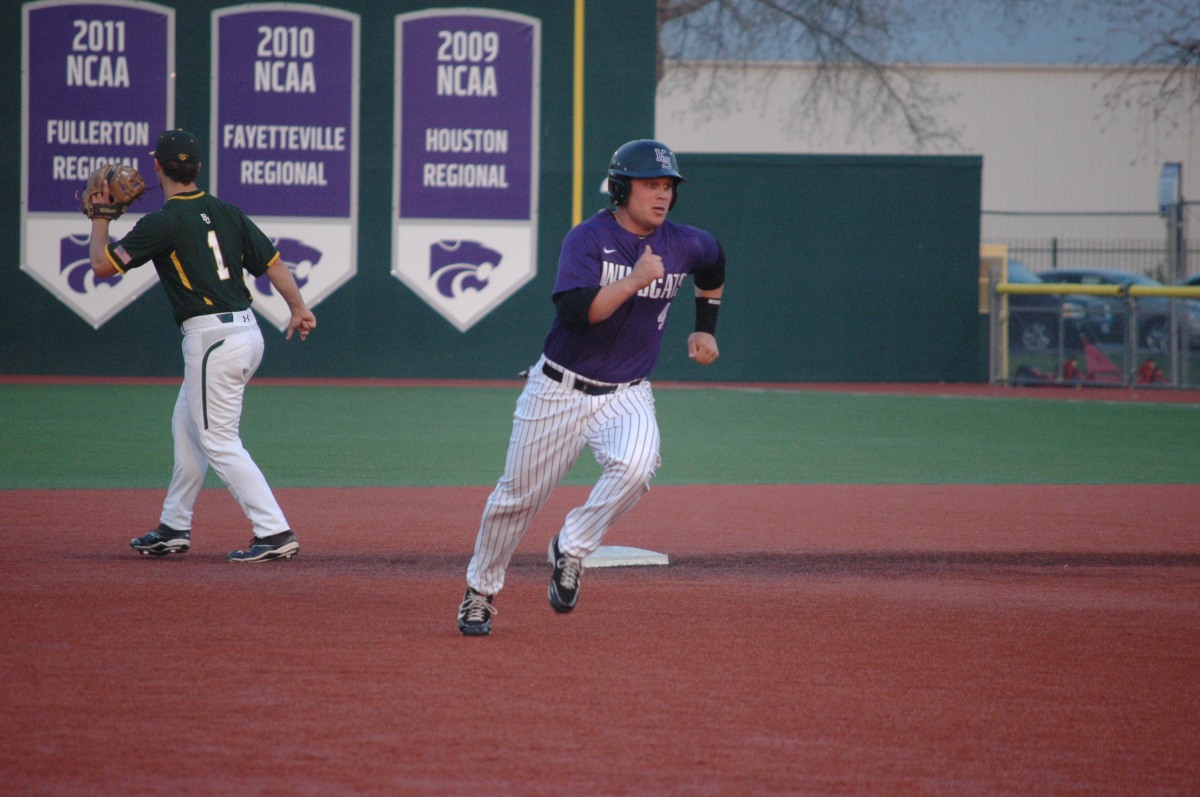 Have you ever met someone who always says something different than what they mean? Maybe it’s because they’re afraid of confrontation. Or maybe they’re not good at communicating. But either way you can never trust what they say because they never tell you what they mean.

I’m pretty passionate about communicating. That was my degree, but I think I cared a lot about it before I got my degree. I think 99.9% of problems in our lives can be avoided if we’d just talk to each other, but you’d be shocked to know how few people actually talk. Oh, people say things all the time. But there’s a big difference between talking and speaking.

Running for home base, Manhattan, KS

A fool’s proud talk becomes a rod that beats him,
but the words of the wise keep them safe.

I think there’s a fear among Christ-followers that being too direct about anything will make us come off as overbearing or unattractive. And there’s some truth to that. I know direct people who don’t think about how they sound or how they’ll be perceived, and most of the time they come off as loud or abrasive. And, honestly, in most instances they come off as ignorant—just people spouting off because they don’t know better.

That’s the last thing any Christ-follower should want. But the opposite of direct is just as unattractive.

Do you know wishy-washy Christ-followers? Those people who are sort of weak-kneed, who will agree to anything just so they don’t rock the boat.

Whether you’re talking about something out of the Bible that God says or just a common sense part of life in general, people appreciate directness. Not rudeness. But direct and rude aren’t the same. People just think they are because so many times direct people are just plain rude about it.

Say something is going on at work that you don’t agree with and somehow you end up in the middle (because you’re just blessed). You have a choice on how you’re going to handle it. If you’re a Christ-follower, you have a responsibility to stand up for what is right, but you also have a responsibility to speak the truth in love. There’s that direct-without-being-rude concept I mentioned above.

Or, you can sit back and nod and smile and be overall noncommittal. That’s easy. Seriously, it is, especially if you don’t like conflict. There’s nothing easier in the world than to sit back in your chair and not participate in the conversation at all.

And maybe in some circumstances, that’s the best way to handle it. But if there’s something going on that you know is wrong, don’t you feel like you need to step in and stop it? If that’s the case, how do you do it without being rude? Do you waver and quaver all over the place?

You can, but nobody’s going to listen to you.

First, make up your mind. Know for sure what you’re talking about. If you’re weighing in on a situation that you don’t understand, leave the room. Or shut your mouth. If you don’t know enough about the topic to be discussing it, just be quiet and claim ignorance. Know enough to know when to keep your mouth shut.

Thirdly, be humble. Don’t sit there and act like you know everything. Don’t scoff at people or roll your eyes. Be respectful. Be real. Be open. Be honest. Be kind.

If you litter your words with phrases that don’t mean anything or jargon from your industry, those are big red flags that tell everyone you’re compensating for something.

So say what you mean. Be direct about it, but maintain your sense of respect and humility. Don’t waste their time or your time filling your speech with words that don’t matter or analogies that don’t make sense.

If you know what you’re talking about, if you’ve made up your mind, and if you speak clearly and concisely without trying to impress anyone, guess what happens? You’ll impress people. And you’ll become someone people know is worth listening to.