I have a short memory. How about you? I surprise myself with how much important information I can forget and how easily I can forget it. My only consolation is that I don’t think I’m alone.

People need reminders. We need symbols set in front of us to remind us of the important things that have happened in our past so that we won’t forget what we’ve learned and so we won’t forget how God brought us through.

The passage for today is more like a book, but you’ll understand why when you read it. 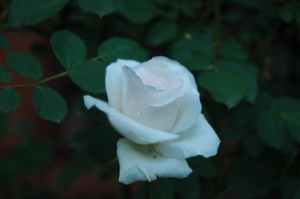 So Joshua called together the twelve men he had chosen—one from each of the tribes of Israel. He told them, “Go into the middle of the Jordan, in front of the Ark of the Lord your God. Each of you must pick up one stone and carry it out on your shoulder—twelve stones in all, one for each of the twelve tribes of Israel. We will use these stones to build a memorial. In the future your children will ask you, ‘What do these stones mean?’ … Then you can tell them, ‘This is where the Israelites crossed the Jordan on dry ground.’ For the Lord your God dried up the river right before your eyes, and he kept it dry until you were all across, just as he did at the Red Sea when he dried it up until we had all crossed over. He did this so all the nations of the earth might know that the Lord’s hand is powerful, and so you might fear the Lord your God forever.”

Today is Memorial Day. It’s the day we celebrate being American by throwing our family into the car and driving out to the lake to cook hot dogs and get sunburned. Right?

Well, that’s what a lot of folks will do. But that’s not what Memorial Day is about.

As someone who comes from a military family, Memorial Day is very special to me. My grandfathers and my great uncles are from that generation of men who were willing to give their lives for their country in World War II and Korea. And though the rest of my immediate family is in the age range where they missed either being drafted or they missed many of the major military conflicts, that hasn’t stopped my family from being intensely patriotic.

And I don’t see that we do that. We’re too busying barbecuing.

Memorial Day is a symbol intended to help us remember, but symbols aren’t much good if the meaning behind them is lost.

This passage in Joshua recounts a time in history when the Israelites were trying to reach the land that God had promised them, and in one conflict, God parted the waters of the Jordan River while they were at flood stage so that the army could cross over.

I am saddened by what we, as Americans, have forgotten. I’m not going to be specific. If you’re a patriot, you know what I’m talking about. I understand that things happen for a reason, but it is difficult for me to accept that the country my grandfathers and great uncles gave so much for has become a place no one recognizes anymore.

Symbols are only successful as long as people remember what they mean.

America isn’t what she used to be, but I’d like to think we still have a little bit of hope, even though many of us have forgotten.

Because if we don’t remember, what purpose did their sacrifices serve?