Have you ever had something go horribly wrong and cause all sorts of ridiculous problems? Don’t you hate that? The day can even start out brilliantly, and everything can be going perfectly, and then BOOM! It all blows up.

Well, that happened to me yesterday. The day even started out well. Everything was going fine. And on my lunch break, life blew up.

How do you react in that situation? What do you do? 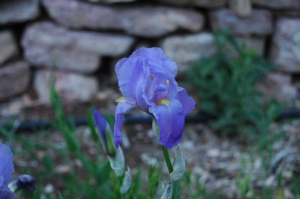 I am leaving you with a gift—peace of mind and heart. And the peace I give is a gift the world cannot give. So don’t be troubled or afraid.

What would we do without God’s peace? I’m telling you, I think I probably would have gone crazy (crazier) years ago without Him. I don’t know how people make it through a day without Him, knowing that He’s got things under control.

But even though I know He has it all handled, sometimes I forget. Sometimes I let myself worry, and once I start worrying, there’s no going back to peace until I smack myself in the head with a board.

Like in this instance yesterday. I flipped out. I didn’t exactly panic, but I sure wasn’t as calm as I could have been. But fortunately, I gathered my wits and banged my head against a wall a few times until my sanity returned. And then I calmly went about fixing the problem.

What’s the lesson? Well, my day got thrown off almost entirely because of this thing that blew up, but I did have time to fix it because it happened over my lunch. The problem got fixed, and everything worked out.

I could choose to focus on the fact that my lunch got interrupted, because it did. And it was inconvenient. I had other things I wanted to do over lunch than fix this problem.

Or I could choose to focus on the fact that this problem happened over my lunch, when I had time to invest in fixing it immediately.

See the difference? That’s God’s peace. He gives it to us in so many ways, and half the time I think we choose to ignore it. But that’s the way a gift works. It’s only effective if you accept it.

So what’s going wrong for you today? Maybe it’s the morning and you haven’t had your plans screwed up yet. Just wait. The day is young. Decide now to face the challenges of the day with a cheerful spirit, trusting that God has it worked out and thankful that He’ll help you through it.

Or maybe it’s later in the day and you’ve already experienced the trouble. Take the time to look at what happened rationally and look for the positive. Look for God’s hand in the situation, and I bet you’ll find it. Something good came out of it.

It’s your choice what to focus on, but I can guarantee that you’ll have a happier life if you can find the positive aspects to focus on instead of the negative ones. Don’t live in denial, of course. You can recognize that life stinks without focusing your thoughts on it. 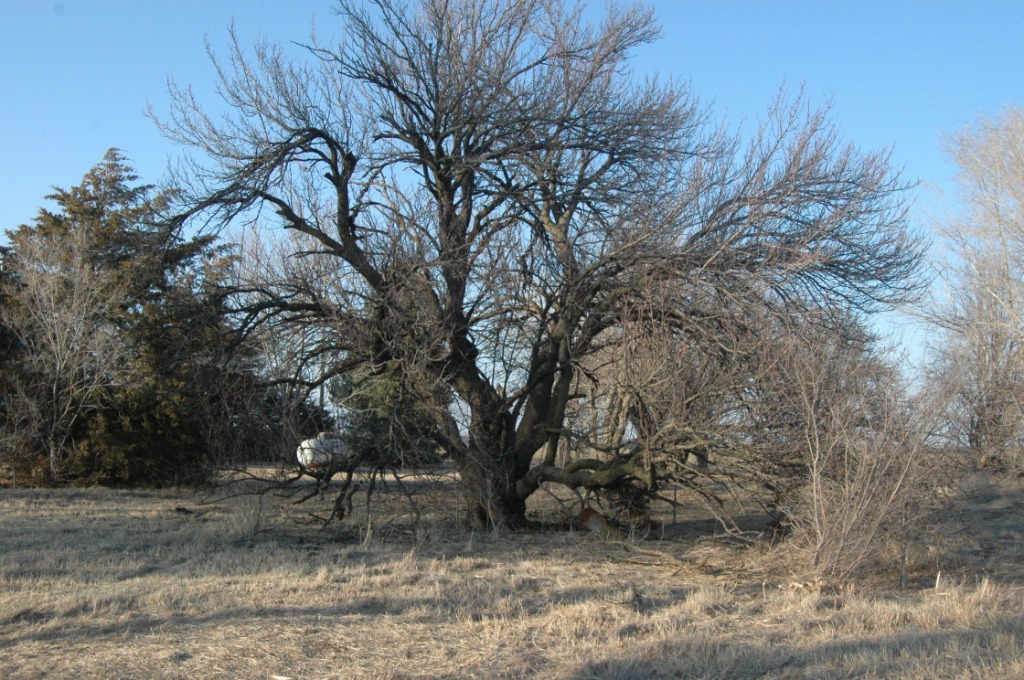 Life has never been easy. Life is life, so it’s screwed up because people are screwed up. You can’t trust people most of the time, since everyone is really only out for themselves. There’s no getting around the fact that stuff happens. It just does. So when everything goes wrong or when your best intentions turn around and kick you in the head, it’s easy to believe that there’s no purpose in it. And when there seems to be no purpose in life, that’s when I start getting unhappy.

But the Bible is pretty clear about why stuff happens. There’s a purpose to everything. God isn’t a god of chaos, and nothing surprises Him. So when stuff happens in our lives, it doesn’t shake Him, and it doesn’t make Him worry. It’s all part of His plan, and He can use it to accomplish something amazing. 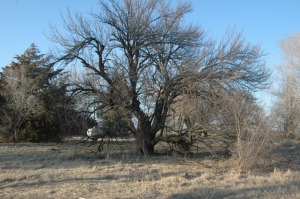 And I want you to know, my dear brothers and sisters, that everything that has happened to me here has helped to spread the Good News. For everyone here, including the whole palace guard, knows that I am in chains because of Christ. And because of my imprisonment, most of the believers here have gained confidence and boldly speak God’s message without fear.

Philippians is one of Paul’s letters, and like most of Paul’s letters (which make up most of the New Testament) he wrote them from prison. I don’t know the actual numbers, but Paul spent a good deal of his life in prison after he started following Christ. But when you read the books that Paul wrote in prison, he isn’t upset and he isn’t discouraged and he isn’t unhappy. On the contrary, most of the time, he sounds pretty joyful about it.

Joyful. About being in prison.

And we’re not talking about prisons like today. Prisons today are like country clubs. Prisons back then? Cold, damp, dark. Full of rats. Prisoners chained to the walls. If they were fed, it was something disgusting. They were beaten. They were mistreated. There were no human rights back then.

It would have been miserable, but Paul takes the perspective that everything he has gone through has been for a purpose. And because of that perspective, the entire prison, even the palace guards (according to the Amplified Version, the palace guard was the Praetorium, for you history buffs) knew why he was there. So Paul used his misfortune to tell others about Christ, and the Christians in prison with him were encouraged.

Can you imagine what that was like? To be in such dire circumstances but still have joy like that?

On Saturday night, a strange man and his wife approached me in the parking lot of a local grocery store, claiming that they needed cash for gas. It’s a story I’ve heard over and over again in many other situations. They’re from out of town and can’t get ahold of family. Yada yada yada. In all those other instances, though, I wasn’t in a position to help, and the people asking were easier to say no to. I don’t carry cash, so I couldn’t give them any. And as much as I want to help people, I had no intention of driving them anywhere. But I didn’t feel like I could just tell them no. So I cut them a check for enough to purchase a gas can from the grocery store and put some gas in it at the station across the street (I already know some of you are freaking out at the moment; please calm down).

And as I was driving away, I started to realize how foolish that decision had been because in one fell swoop I had handed my address, my account number, my routing number and my signature over to two complete strangers. Looking back now, I should have taken them into the store, cashed a check myself, and given them the money. A couple of people I’ve talked to said I shouldn’t have helped them at all, and maybe they’re right. I don’t know. Yes, most likely these folks just wanted money for alcohol or drugs, but maybe they really did need help. Either way, what’s done is done.

It wasn’t an emotional decision. Yes, emotions came into play. But I chose to help those people because Christ helped people. And maybe they’ll take advantage of me, but my resources aren’t mine anyway. I want to be a good steward, and I’m still learning how to be wise. But even if everything in that account disappears, I’m going to trust that God will care of it. I’ve done what I can, and now I have to trust Him.

I’ve taken steps to protect that particular bank account, but here’s the deal: If the money in that account disappears, I’ll be upset, but I want to realize that stuff happens for a reason. Maybe the only reason is to teach me a lesson about learning to live with wisdom. Maybe those people really did need help. Maybe someone else can learn from what I did. But no matter what happens, bad or good, there’s a reason. There’s a purpose. And if God’s the one behind it, that purpose will be good. Whether I screwed up or not, whether I did the right thing or not, God can still use it to make something beautiful happen. And that makes me happy.