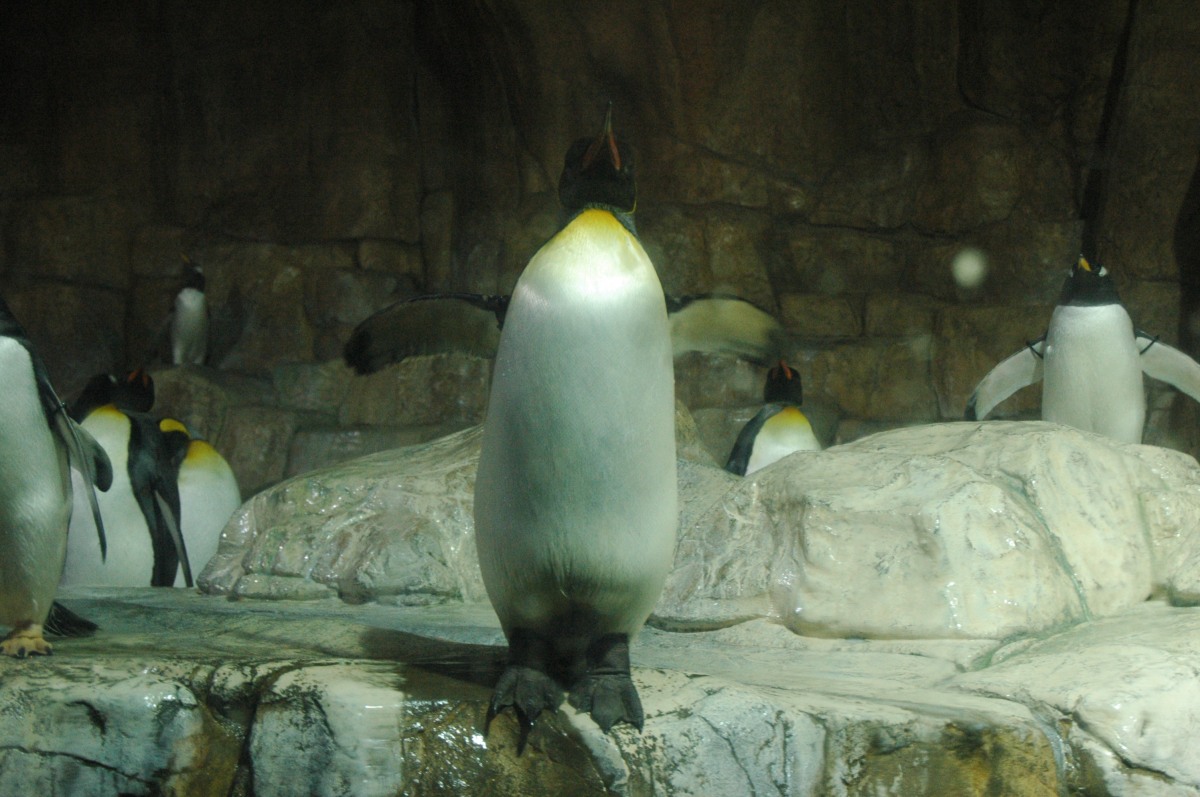 We all know them. They’re everywhere, if you think about it. Hidden in plain sight, disguised as normal, average, everyday citizens.

And it is so much easier–so much nicer–so much less stressful to do whatever people want you to do. It’s like a burden lifted off your back when you can just make someone else happy by doing something for them or serving them in any way. But life doesn’t work that way. You can’t always make people happy. And sometimes you have to make unpopular decisions.

If you’re a people pleaser in a position of authority, you have to have something stronger in your life to fall back on that helps you do the right thing.

Penguin at the Omaha Zoo showing off for the people, Omaha, NE

Obviously, I’m not trying to win the approval of people, but of God. If pleasing people were my goal, I would not be Christ’s servant.

Galatians is another book of the New Testament written by Paul through the inspiration of the Holy Spirit. Like Philemon, which I was reading last week, Galatians is a letter, but this letter was written not to an individual but to the Church in Galatia.

Back in the days of the early Church, the religious scene wasn’t like is now. In the US, you can go to any major city and find many different kinds of churches. But back then, every city only had one church. And it was The Church.

And Paul was addressing an issue in the Church, where the people had started believing a different version of the Gospel than what Paul had originally preached there. A false version. And Paul calls them out for believing a lie.

See, Paul didn’t have a problem telling it like it was. But like he says in the verse, if he wanted to please people, He wouldn’t have given his life to Christ.

Why is that? Does that mean if you choose to follow Christ you can’t make people happy?

No, not at all. Following Christ means that you love others and put others first. But loving people and putting other people before yourself doesn’t mean you’re always going to make them happy, because sometimes what’s best will make people unhappy.

And more often than not, accepting God’s direction in our lives starts off with unhappiness. I wish I could tell you it was different, but I can’t. Many times in my life and in my walk with God, I’ve had to accept decisions others have made that I didn’t like–that I didn’t agree with–that made me unhappy. But because I trust God has a reason for everything and that He puts the people of His choosing in authority over me, I submit. I don’t like it, but I do it.

And you know what happens? Pretty soon after, I see that God did know what He was doing. And that the people who had to make that difficult decision that made me so unhappy were doing what God called them to do. And it was me who wasn’t grasping God’s plan.

But Paul wasn’t born a people pleaser. That wasn’t his personality. So standing up and calling people out probably wasn’t something that would shatter his world–like it would do for me.

So how do you do it? How do you do what’s right because it’s right instead of doing what people want so they don’t hate you?

I can’t say I know the answer, but I know what I’ve had to do. And that’s learning to value God’s opinion more than the opinions of people around you. And it’s hard. It’s so hard (but you won’t ask for help because you don’t want people to worry). And you’ll cry a lot (usually where nobody can see you because you don’t want people to worry about that either).

But here’s something I know is true: If you value God’s opinion more than the opinions of people around you, eventually those people–if they know Christ–will do the same. It won’t happen the next day. It may not even happen in a year. But one day, down the road, the people who you made unhappy by your unpopular decision will understand.

People’s opinions change. People’s happiness changes. God never does, and He can outlast the most stubborn of hearts. So you hold on to that. Don’t make decisions to make people happy.