How much would you pay for peace of mind? If you didn’t have to spend your day worrying about what might happen or what has happened, what would that be worth to you? Worry is one of those issues that everyone struggles with in some form or another, and marketing professionals make lots of money using that particular emotion to sell products.

Worry is an effective tool to use, and convincing people that purchasing a particular tool or service will alleviate their anxieties. But purchasing a product rarely takes worries away. At least, that’s what I’ve discovered. The only way to deal with anxiety is to live by the Holy Spirit, because one of the fruit or the results of living by the Holy Spirit is peace. 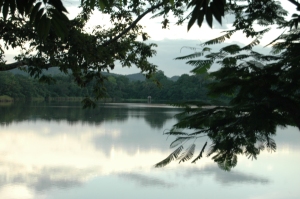 I am leaving you with a gift—peace of mind and heart. And the peace I give is a gift the world cannot give. So don’t be troubled or afraid.

This is something Jesus told His disciples shortly before He was arrested and crucified, and it’s always been one of my favorite verses when it comes to thinking about the kind of peace that God gives us.

According to what Jesus says here, the world does offer a kind of peace. But the peace the world offers is temporary and often causes more trouble than it solves. The world’s peace is something you buy, something you haggle over the price of, something you control, something you turn on and off. It’s not based in anything but emotion, and it’s not strong enough to stand up under real pressure.

But here’s the problem: The Treaty of Versailles included some controversial parts, including the fact that Germany had to accept the blame for starting World War I, had to make territorial concessions and pay large sums of money. Maybe some people thought it was fair, but the result of such a heavy punishment on an already-struggling country was that more and more people grew more and more desperate. And the more desperate people became, the more angry they grew. And people who probably wouldn’t have gone to war before started gearing up for round two.

Was it right? No, but desperate people do desperate things. One of the reasons World War II came so soon after World War I was the unfair treatment of Germany in the peace negotiations. Again, that doesn’t excuse it, but in my mind, I understand it to a certain extent. Because if peace isn’t fair, it won’t work.

But that’s like the world’s peace. The peace the world gives us may stick around for a little while, but it costs somebody something they aren’t willing to keep giving.

So how is God’s peace different? Well, like the other fruit of the spirit, God’s peace depends on God. God’s peace is a gift. It cost Him the life of His Son, but He gives it to us free of charge. It’s not something that can be taken away (although we ignore it frequently), and it never runs out no matter how many times you draw on it.

And the beautiful thing about God’s peace? If you have the Holy Spirit, you already have it. God’s peace is in you.

God’s peace is always fair because God is fair. Granted, sometimes it doesn’t feel like He is, but we’re the ones with a limited view of justice. He invented justice. And He will never tire of giving us peace.

So whatever situation you’re facing today, physical, emotional, spiritual, remember that if you have God’s Spirit, you have God’s peace. If you know Christ, you can draw from an inexhaustible supply of peace. You don’t have to worry. Worry is a choice. Like joy, it’s a response to circumstances, and you can choose.

So choose peace. God already paid for it. Everyone who follows Him has access to it. And it’ll do wonders for your attitude, for your perspective, and your hair color.