I’ve been sick since February 15. That’s coming up on a whole month. One of the hallmarks of this particular bug is that it just saps every ounce of strength, and all you feel like doing is sitting on your backside.

That’s where I’ve been since February 15. But something wonderful started happening in the last few days. I started feeling better. Sure, I’m still coughing like a fiend, but I feel fine. I feel like getting up and doing stuff. But it’s so much easier just to stay put.

I’ve gotten in the habit of doing nothing. It was good to do nothing when I was sick, but I’m not that sick anymore. I’m not 100% yet, but I’m not so sick that I can just lay around all day long.

Do nothing for one month, and what happens to you? You get used to doing nothing. Isn’t it funny that good habits aren’t natural? Bad habits are. You don’t even have to try to develop a bad habit. Bad habits happen on their own. It’s the good habits you have to build.

Since you have heard about Jesus and have learned the truth that comes from him, throw off your old sinful nature and your former way of life, which is corrupted by lust and deception. Instead, let the Spirit renew your thoughts and attitudes. Put on your new nature, created to be like God—truly righteous and holy.

When we choose to follow Jesus, the Holy Spirit comes to live inside us. The Holy Spirit gives us access to God and gives us the strength to make the same choices Jesus did.

Our human nature is broken. It will always lead us to make choices that will eventually hurt us. But with the Holy Spirit’s help, we don’t have to follow our human nature any more.

The thing about following Jesus is that it’s all or nothing. The language in this verse isn’t lukewarm. This verse tells us to “throw off” our old life. That’s not neutral. Don’t creep away from it. Don’t take it down a piece at a time. No, throw it off. Toss it out. Get rid of it wholly and immediately.

If you have developed bad habits in your life, change the way you look at them. Now, if you’re sick and need to rest, that’s one thing. But you know when you’re better. And when you’re better, you need to get back on your feet again.

Bad habits are easy to learn. They’re dangerous, because the more bad habits you have, the less good you’ll accomplish.

So identify them, and once you’ve done that, throw them out. Don’t be kind about it. Don’t think twice. Kick those bad habits to the curb, and then you can start rebuilding your good habits again.

My driveway is still full of snow. I guess 17 inches doesn’t go away as quickly as you’d expect. The road graders have come through at least, so the dirt road and the blacktop are clear, but to get out of my driveway you have to plow through a drift as high as your waist.

I tell you all that to explain the photo I picked to go with the devotional today. Because my driveway is still covered in knee-high drifts of snow, I can’t get back into my garage. So I’ve been parking under the tree in the photo. It’s a lovely male mulberry (yes, trees can be male or female, did you know that?). And yesterday morning, in the dark and the subzero temperatures, I struggled out to my car and got in. And it still takes some doing to escape, so you have to go forward and go backward. Well, because it was dark and early and my coffee hadn’t started working yet, I neglected to remember that there was a tree behind me as I was backing up.

Yup. Backed right into it. Put a nice big old dent in my trunk and a crack in my bumper. This makes the second stationary object I’ve backed into in a year. There’s nothing that makes you feel like a worse driver. And there’s nothing that can make me angrier at myself.

Everyone has their buttons that shouldn’t be pushed. Everyone has that breaking point in their lives that just requires the right amount of prodding to send them into a fury. Do you know yours? Some anger is okay. Anger on its own isn’t a sin. On the contrary, anger can sometimes be useful in getting things done. But lingering anger? Lasting anger? Not such a good idea. And anger shouldn’t be our main motivation anyway.

Understand this, my dear brothers and sisters: You must all be quick to listen, slow to speak, and slow to get angry. Human anger does not produce the righteousness God desires.

I was so angry at myself yesterday, but my first inclination is to do what everybody does. Not blame myself. I don’t want to take the blame for neglecting to notice that tree. So I started hurling accusations, but that didn’t last long because the only others that could possibly be blamed for the whole thing was whoever manufactured my car with such a small back window and God for making it snow. So as you can imagine, my accusation hurling didn’t last very long before I realized I was being ridiculous and just needed to accept responsibility.

But that’s what anger does. It sharpens your tongue while it dulls your mind. You don’t think about the blame you’re placing; you just don’t want it to be your fault. And that’s where we lose track of God’s righteousness.

The trouble with anger is that developing the wisdom and patience to overcome it takes a long time. Anger is like a fire or like a blizzard–it’s overwhelming, relentless, and usually shouldn’t be braved alone. Being slow to anger, as James puts it, is a habit. It doesn’t happen automatically. It’s a choice you have to make over and over again until it becomes second nature.

So the next time you’re tempted to get angry, take a moment and think. Ask yourself what you’re really angry about because half the time our anger stems from something completely unrelated to our current situation. So identify it. Figure out what’s making you angry. And then face it. Don’t hide it or stuff it in a closet. Don’t deny it. Deal with it. Understand it. And if it really is something you have done, don’t shift the blame to someone else. Don’t pass the responsibility on to another person if it’s yours.

We all make mistakes. That’s how we learn. Getting angry about those mistakes turns you into a fool because you’re too busy trying to pin the blame on someone else unfairly to learn the lesson you need.

What did I learn? Check the flippin’ back window before I back up. We’ll see how well I learned when I go to work this morning because I’m still parked in the same place.

Don’t get angry. Learn your lesson and move on. 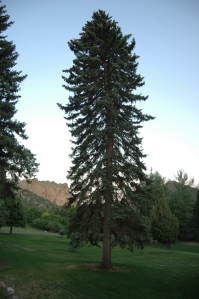 Today’s verses come out of the Book of Esther, which I was reading last night. Two sets really stood out to me:

Esther continued to keep her family background and nationality a secret. She was still following Mordecai’s directions, just as she did when she lived in his home.

“All the king’s officials and even the people in the provinces know that anyone who appears before the king in his inner court without being invited is doomed to die unless the king holds out his gold scepter. And the king has not called for me to come to him for thirty days.” So Hathach gave Esther’s message to Mordecai. Mordecai sent this reply to Esther: “Don’t think for a moment that because you’re in the palace you will escape when all other Jews are killed. If you keep quiet at a time like this, deliverance and relief for the Jews will arise from some other place, but you and your relatives will die. Who knows if perhaps you were made queen for just such a time as this?” Then Esther sent this reply to Mordecai: “Go and gather together all the Jews of Susa and fast for me. Do not eat or drink for three days, night or day. My maids and I will do the same. And then, though it is against the law, I will go in to see the king. If I must die, I must die.”

Granted Esther’s situation was a little different than any that we will probably face today. She’d been taken from the life she knew and made a queen because of her beauty, and an evil man in the king’s court was trying to annihilate the Jewish people. And it fell to Esther to stop him.

But even though her situation was very different from any we will likely face anytime soon, the principles of how she acted during that time are still relevant to us today.

Before Esther even reached the king’s court, she has already built a habit of humility by obeying her cousin Mordecai. So when Mordecai told her to keep her heritage a secret, she didn’t hesitate to obey him.

Then when the plot to destroy the Jews came to light and Mordecai told her to ask the king for help, even though she hesitated out of fear, when Mordecai reminded her that God had put her in a position of authority for a reason, she did it.

Part of doing the right thing is making it into a habit so that when you face the really difficult times, it’s easier to do what you know is right even if it’s scary.

Pop culture would have us believe that courage is some mystical force we summon up out of the blue in order to face the great fears that average people shrink away from. Maybe there is some truth to that. Maybe some people are just bolder than others. But courage isn’t magical and it isn’t something that just materializes. It’s something you have to work on. It’s something you have to choose to do over and over again before it really makes any difference.

Just as it’s important to make doing the right thing a habit, doing courageous things needs to be a habit too. But courage doesn’t always present itself in the grand light the movies and books always display it. Courage is small sometimes. It’s not always attractive. And it’s not always successful – at least in the way the world would call successful.

Courage can be as small and insignificant as smiling at a homeless person. That doesn’t sound big. That doesn’t sound earth shaking. Maybe it’s not. But if you’re a shy, introverted person (like me), it’s you putting yourself out of your comfort zone. It’s you caring more about someone else than yourself. It’s you risking that in response, that person might speak to you, and when you’re an introvert, that’s terrifying. But courage is action in spite of fear, trusting that God has put you where He’s put you for a reason and will catch you when you step wrong.

Even Esther didn’t see the results of her courage until later. Chapters 5, 6, and 7 deal with her plan. She didn’t just come out and ask immediately for what she wanted. She had to prepare the king’s heart for what she was going to ask. But that meant patience.

Courage is something we all need to have. But it isn’t going to look like what the movies say it will. It’s often small, and it’s often very personal. But if you take courage and do what God is calling you to do, even if it feels small at the time, He will use your actions to do something incredible with it.

That’s what God does. He takes our small act of courage and uses it to bless a lot of people.