When God makes you a promise, do you believe Him? What does that look like in your life? Maybe it looks different to different people, but when someone promises to do something for me, generally that means I have to sit back and wait for them to make good on that promise.

Has that happened to you before? Someone promises to do something for you, but they don’t get it done when you expect them to? What do you do? How do you react? And what happens when their tardiness jeopardizes your future plans?

In case you blog readers don’t know (most of you are probably sick to death of me talking about this, but it’s heavy on my heart right now), I am part of a group of writers who’ve decided to start an independent publishing company. It’s ambitious. It’s unique. It’s unusual. And, oh my goodness, it’s expensive.

You never realize just how expensive starting a business is until you do it. I knew it would be, but there’s a big difference between knowing how expensive something will be and actually shelling out the money to pay for it. But starting this small press is something God has called us to do. All four of us believe that with all our hearts, and God has already opened so many doors and shown us in so many ways that this is what He wants us to do.

Paying for it is a necessary investment. But, of course, everything else that could possibly cost me money in other aspects of my life has to blow away, break down, fall apart, or just crap out at exactly the same time.

So when a new, completely unrelated opportunity to make some money drops in my lap, what do you think I thought of? Money! I can make some extra cash to supplement the business.

Okay, well, here’s the problem. I’m stretched so thin on time, I barely have time to eat and sleep. I’ve got so many responsibilities weighing on me right now, I can’t keep up with them. I’m doing better, but I’ve had to drop some things. And now I want to add something else in?

So what do I drop? Out of the things I’m doing that God has told me to do, what do I drop to make room for this opportunity to make more money to pay for the dream God has given me?

Anyone see the flaw in that thought?

This is me, remember? The performance-driven perfectionist. The control freak. The micro manager. I love telling God what to do because I know best, right?

Here’s the deal, friends, and I’m still working through this. But following God is a process. God never says it’s anything other than that. Following Christ takes faith, and faith takes a strange combination of hard work and patience.

Yes, I think faith is hard work. Maybe not hard work like hauling feed sacks, but it’s difficult to sit still and let God do the heavy lifting while you cling to Him, especially when you’re used to depending on your own strength to define you.

One thing I’ve learned is that God will never ask you to do something He won’t equip you for. Maybe He’s equipped you already and you just don’t know it. Maybe He’ll equip you along the way, and He just wants you to do it. Either way, He won’t send you out to tackle a job for Him without the support and the tools that you need, and no matter how you look at that, money is a tool.

It’s not your job to worry how you’re going to meet your financial needs. It’s your job to make sure you’re doing what God has called you to do, and God will take care of your needs.

God has made a lot of promises, and He’s kept every single one. And the ones that are still outstanding are just around the corner. We just have to believe that God will do what He’s promised (that’s faith) and hold on until the plan comes together (that’s endurance).

So what am I going to drop so I can make some extra money? Nothing. God has called me to do everything I’m doing. So I’m going to pass on it. Maybe you think that’s irresponsible, and maybe you’re right. But instead of trying to make it happen on my own, I’m going to take God at His word this time, and we’ll see what happens. 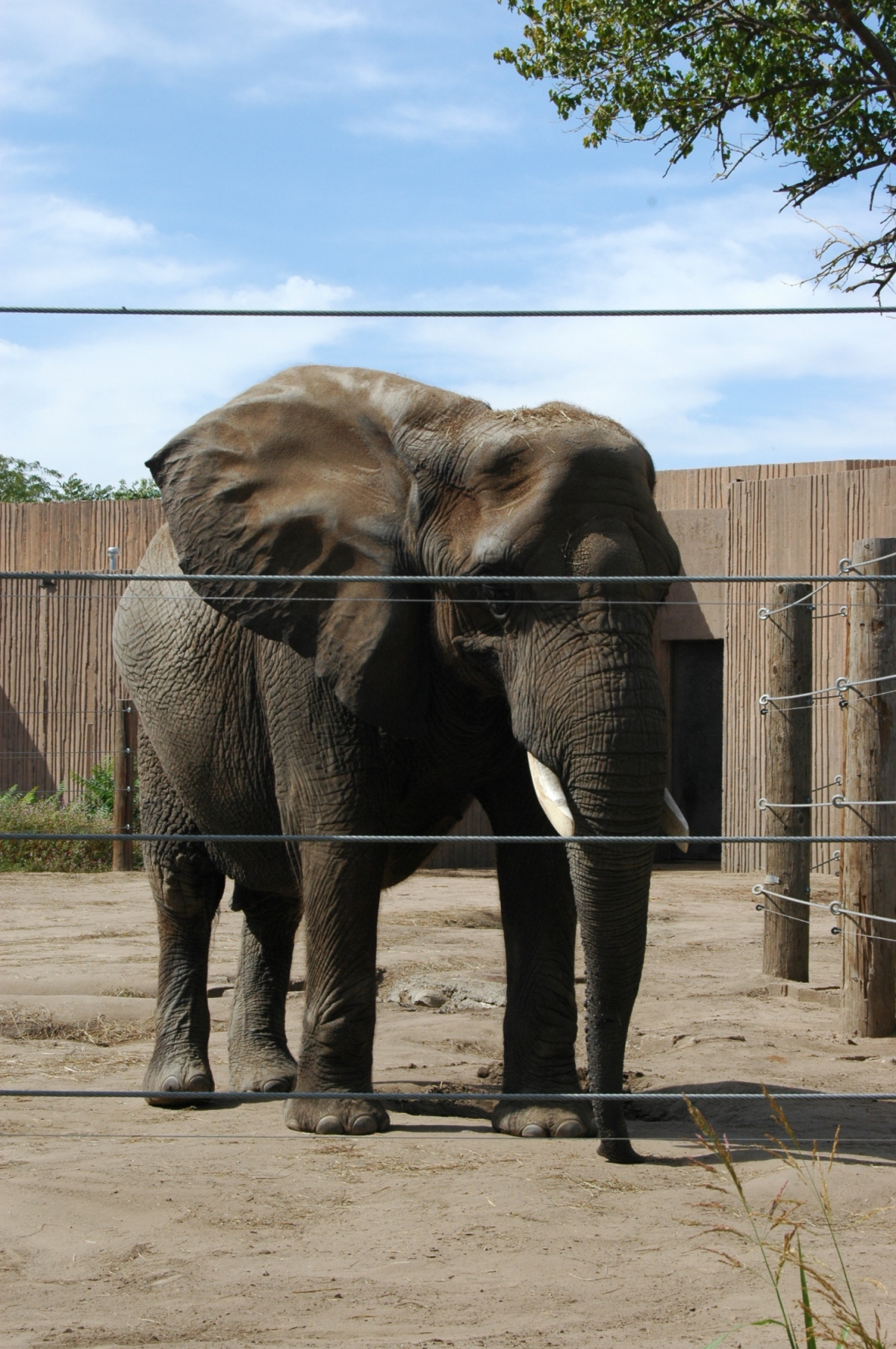 Everyone I know is busy. Some are in school. Many are planning weddings. Others are having babies. And the rest of us are overwhelmed with work and ministry and general family stuff. But “busy” seems to be the standard answer to the “How are you doing?” question we always greet each other with.

Doesn’t it feel like too much sometimes though? Do you ever feel like you have so much to do that you can’t ever accomplish anything? I constantly feel like I’m spinning my wheels. Or like my life is a treadmill and no matter how hard I run I never actually make any real progress. That’s not true, of course. If I were honest with myself I accomplish a lot in a full day, but when I compare it to the rest of the things I need to do (and the unrealistic expectations I put on myself), it never makes much difference.

When I look at the pile of things I need to accomplish in a day, I feel like I’m trying to eat an elephant. And it’s far too much for me. And when I start focusing on how there’s no way I can ever do all that I need to do, I start getting discouraged. 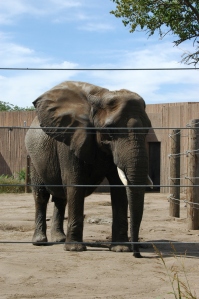 This verse is really referring to salvation and how to grow in your faith, but it struck me this morning that it applies to the rest of life too. That’s what I love so much about the Bible. Even when one verse is talking about one thing, oftentimes it’s also talking about something else completely in the subtext.

So much of following Christ on a daily basis is faith. But faith isn’t just some abstract, ethereal feeling you experience on a good day when you hear a beautiful song or watch the sun rise. Faith is a concrete, heart-wrenching choice that you make in the nitty-gritty moments of life. It’s the choice you have to keep making every day, sometimes every hour, to let go of what you’re worrying about and trust God with it. It’s a choice you have to keep making. Over and over and over.

Yes, you choose to follow Christ once. You choose to give Him your heart. You choose to trust Him for salvation. Once and forever. And you’re good to go as far as your eternal soul. But when it comes to living for Him from day-to-day? That’s a little more difficult. That’s a choice you have to make continually. Every morning when you wake up, you have to make the conscious decision that your day is going to be about Him. Not you. And you’ll have to remind yourself of that choice multiple times throughout the course of the next 24 hours.

Faith is one thing. Enduring faith — patient faith — is something else. I’m not good at waiting. I don’t like it. I’m all about action and doing and fixing; waiting and waiting makes me feel lazy. And I think that’s why God makes me do it so often because I learn a lot about Him and about who I am in Him throughout the process of waiting.

Great faith takes strong perseverance. That’s something many Christians won’t tell you, but it’s true. Faith can definitely be about those big miraculous moments; but more often than not, it’s about waiting. And waiting takes patience and perseverance and consistency.

So how does that help us accomplish everything we need to do? How does that get us where we need to be? How is waiting a comfort in situations where we’re so overwhelmed we don’t know what step to take next?

How do you eat an elephant? One bite at a time.

It’s the same way you climb a mountain like Mt. Everest. You get as far as you can in one day and you rest. Then you wake up and do it again. And again. And again. And again.  Don’t deviate. Don’t change course. Don’t give up. Just keep going. And eventually you’ll get to the top. (And then, of course, you have to come back down, but that’s another point for another Monday.)

When we’re facing a challenge that’s too big for us, just do the best you can and trust God for the rest. And when it feels like you’re just running on a treadmill, take a moment to look back and see all that you’ve accomplished. Don’t let yourself forget the things you’ve done and the successes you’ve had. And always look at where God has brought you.

God is always working in our lives. He’s always leading us forward, even if it is just one step a day. But one step is better than standing still, and add up all the steps you’ve taken in your life, and you’ll see how far you’ve come.

Be consistent. Be patient. Just keep doing what you’re doing. And something will change.