Have you ever had to pull rank on someone? I don’t have to do it very often. The last time I had to do it was over the phone with somebody, which is awful. My best friend and I were trying to get to Philadelphia for a writing conference where we were speaking on a panel, and the airline had canceled her flight with no warning. And I ended up on the phone for four hours, arguing with three different airline representatives about the situation.

Until I got direct with them. Until I told the guy I was talking to exactly how I felt about the situation—that I would never fly their airline again (I haven’t) because I’d never experienced customer service so lacking (I hadn’t) and that I intended to contact them regarding the entire fiasco (I did). And surprise, surprise, he happened to have a flight waiting just a few hours later.

But I don’t like to be demanding, even if I’m demanding the right thing. With an airline, to a certain extent, I understand that they are limited by restrictions and regulations. Although, in this case, they should have done what was right the first time I asked them and saved us all four hours of anguish. 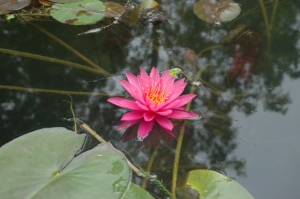 That is why I am boldly asking a favor of you. I could demand it in the name of Christ because it is the right thing for you to do. But because of our love, I prefer simply to ask you. Consider this as a request from me—Paul, an old man and now also a prisoner for the sake of Christ Jesus.

I love the way Paul approaches this entire situation. Onesimus was a slave that had run away from his master, Philemon. Philemon was a Christian, and when Paul met Onesimus in prison and led him to Christ, Paul wrote to Philemon asking him to forgive Onesimus.

If anyone could have pulled rank on Philemon, it was Paul. Paul was one of the greatest Christ-followers in history. I guarantee, if he told me to do something, I would have done it.

But Paul didn’t operate like that. Philemon was his friend and his brother in Christ and instead of simply demanding that Philemon forgive Onesimus, Paul just asked him instead.

Why does that work? Why is that better?

Does that mean you’ll run the risk that they’ll say not? Sure. And in some cases, you have to pull rank and demand what is right. But if you have the opportunity to ask instead of demand, take it. It’ll help you grow in your relationships with others, and it’ll give people around you a chance to do the right thing for the right reason.