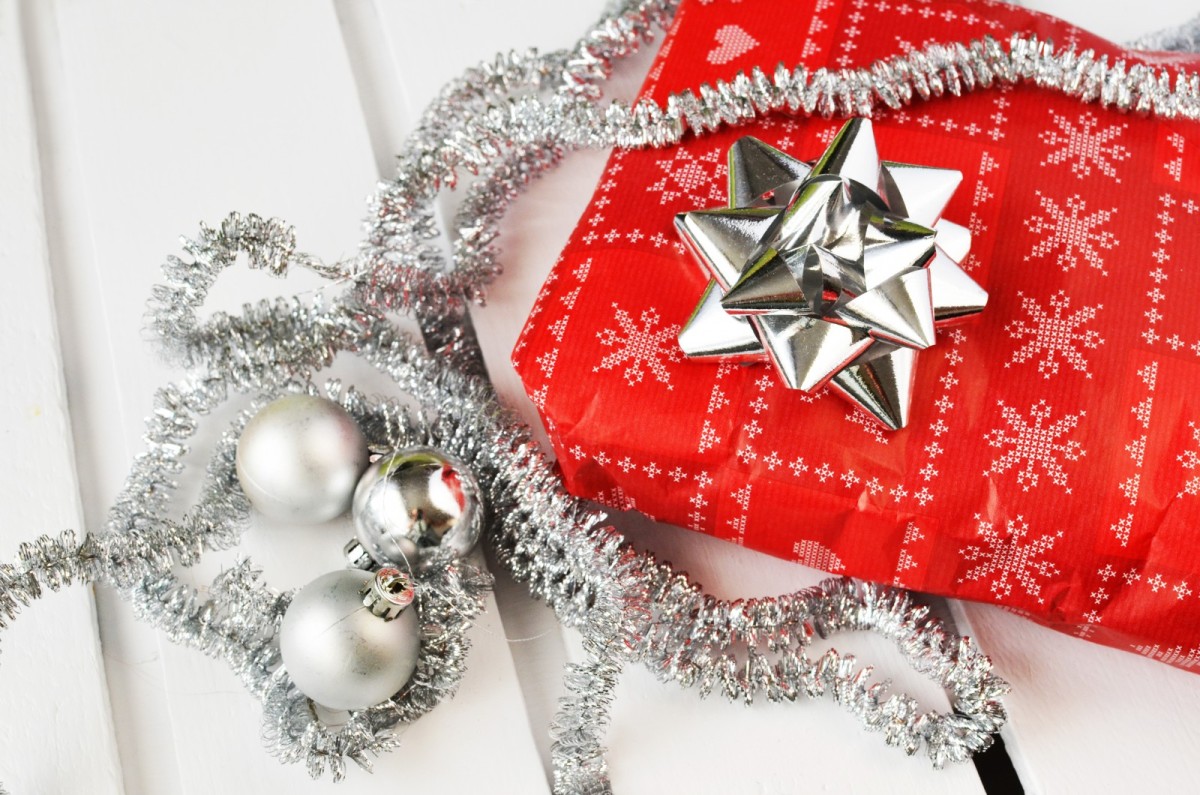 I love giving gifts. It’s one of my favorite things in the world. I don’t like to shop, really, but looking for just the right Christmas present is one of the highlights of my year. And the only thing better is wrapping it up and giving it away, anticipating how much joy the receiver will experience, the way their eyes light up and their faces lift.

In the past, I’ve always been able to find exactly what I wanted to give, mostly because I could afford it. But this year is a little different. This year, finances are much tighter than they have been in the past, and that’s to be expected. When you cut your income by more than 50%, you tighten the belt. And that includes Christmas presents.

The gifts I’m giving away this year are a far cry from what I gave away in past years. They’re certainly more personal because there’s so many more homemade gifts rather than purchased ones. But I always hear that niggling little voice in the back of my head that tells me they aren’t good enough. I mean, how could a cheap little hand-made present communicate how much I love someone?

But as I was arguing with my stupid inner-self a few days ago, I had a thought. Or maybe the Lord gave me a thought. See, Christmas is the time we celebrate that Jesus came to earth, and when He was born, shepherds and wise men and all sorts brought presents and had a great big party. And that party continued for like 30 years, because everyone was so excited that God had sent someone to save them from Rome.

Yeah. That’s the gift people were celebrating. But that wasn’t the gift God gave.

For a child is born to us,
a son is given to us.
The government will rest on his shoulders.
And he will be called:
Wonderful Counselor, Mighty God,
Everlasting Father, Prince of Peace.
His government and its peace
will never end.
He will rule with fairness and justice from the throne of his ancestor David
for all eternity.
The passionate commitment of the Lord of Heaven’s Armies
will make this happen!

See, the people of Israel believed that God had sent them a political Messiah. Someone who would toss the Romans out of the land and restore freedom to their people. But that wasn’t the reason Jesus came. Jesus came with salvation, yes, but salvation for our souls. Not salvation from a government people didn’t like.

We had to be saved from our own selves. That was the gift God gave us when Jesus came to Earth. But nobody saw that. Jesus came and that’s worth celebrating, but the most precious gift He brought wasn’t what everyone expected.

Don’t make the mistake of seeing a gift at face value. Don’t assume you know its worth. God gave His most precious gift to us when He gave us Jesus, but that gift isn’t what people wanted right at that moment. They wanted salvation from Rome immediately. They wanted a ruler to look impressive, sound impressive, be impressive, but God knew what they needed, just like He knows what we need now.

We should always be thankful for the gifts we receive, but even if you get a gift that you don’t understand or don’t know how to use, don’t automatically discount it in your mind. A gift isn’t always what it seems at first. After all, Israel thought Jesus had come to rescue them from Rome, but Jesus actually came to rescue them from sin. Which do you think is worth more?