It’s difficult to believe that 2012 is coming to an end. This is one of those years that I thought would never get here, and now it’s over. I honestly haven’t thought much about 2013; that’s probably going to start today. But one thing is certain about what is coming: It won’t be better than what we experienced in 2012. Actually, it may be worse.

I’m not trying to be cynical, and I’m not trying to be a downer or anything. I guess I’m just trying to prepare myself mentally to face the challenges that are coming next year, the ones I know about and the ones I don’t. Our world hasn’t experienced a great healing or a revolution of peace and love. 2012 has been the opposite of peace and love and healing, and it’s going to get worse and worse. And anyone who tells you differently hasn’t been reading Scripture.

So as a follower of Christ, how do I prepare for a year that will probably be more difficult than this one? How do I get ready to face the challenges that are coming?

This is part of a statement that Christ made to a group of Gentiles (non-Jews) who had come to Jerusalem for the Passover just before He was crucified. The verse right after this one states that Christ said this to indicate to them that He was going to die. But of course, still most of the people didn’t believe Him or didn’t understand. In spite of everything He had said and done, people refused to believe He was who He said.

Funny how some things never change.

But what caught my attention today about this verse is that it really does have a double meaning. Christ used it to tell them that He was getting ready to die–to be crucified, literally hung between heaven and earth for six grueling hours of physical agony to pay the price for our sins so that all people can come to God. But this verse also has another meaning in another context. Because if His followers lift Him up figuratively, in worship and praise, making Him the center of our attention and focus, something miraculous happens–people are drawn to it.

Have you ever witnessed this? I have. I’ve seen it. A group of people sit and sing songs praising God and people come over to hear it. I’ve been sitting in a worship service at church with nonbelievers all around, and somehow in the middle of that worship service something changes inside those people who don’t believe. And by the end, they want to believe. And I’ve seen it happen beyond just singing; I’ve seen it happen in living. Because if you live a life that gives praise and honor and glory to God no matter what the circumstances you’re in, people are drawn to it.

Why? Do you think it’s something special about you?

Well, maybe it is. But I don’t really think there’s anything special about Christ-followers, other than who we follow. If we remember to keep life in perspective and remember that God has everything under control, that He never makes mistakes, and He always keeps His promises, we don’t have to live life without fear. We can be confident who we are, where we’re going, and why we’re here. Do you realize what that makes us look like to people who don’t have that assurance?

If we lift Christ up in our lives, if we hold Him high and point to Him with every word we say, He attracts people to Him. It’s not something we’re doing; it’s all about Him.

And I find it ironic that Christ said this to the disciples just before He died. He knew their lives were going to become chaotic shortly after He said this. Maybe the disciples thought that the worst was behind them; knowing how they reacted to other situations, I’m sure they didn’t expect anything like what happened. But Christ knew it was coming, and He wanted them to be ready.

Guess what, guys? The worst hasn’t even started yet. You think 2012 was difficult? You think 2012 was depressing and overwhelming? Well, it’s going to get much, much worse because this world isn’t our home. It’s broken, and it’s breaking more every day. But we don’t have to focus on that. We can lift Christ up in the darkness, and not only will that keep our perspectives straight, it will also draw others who don’t believe to Him. 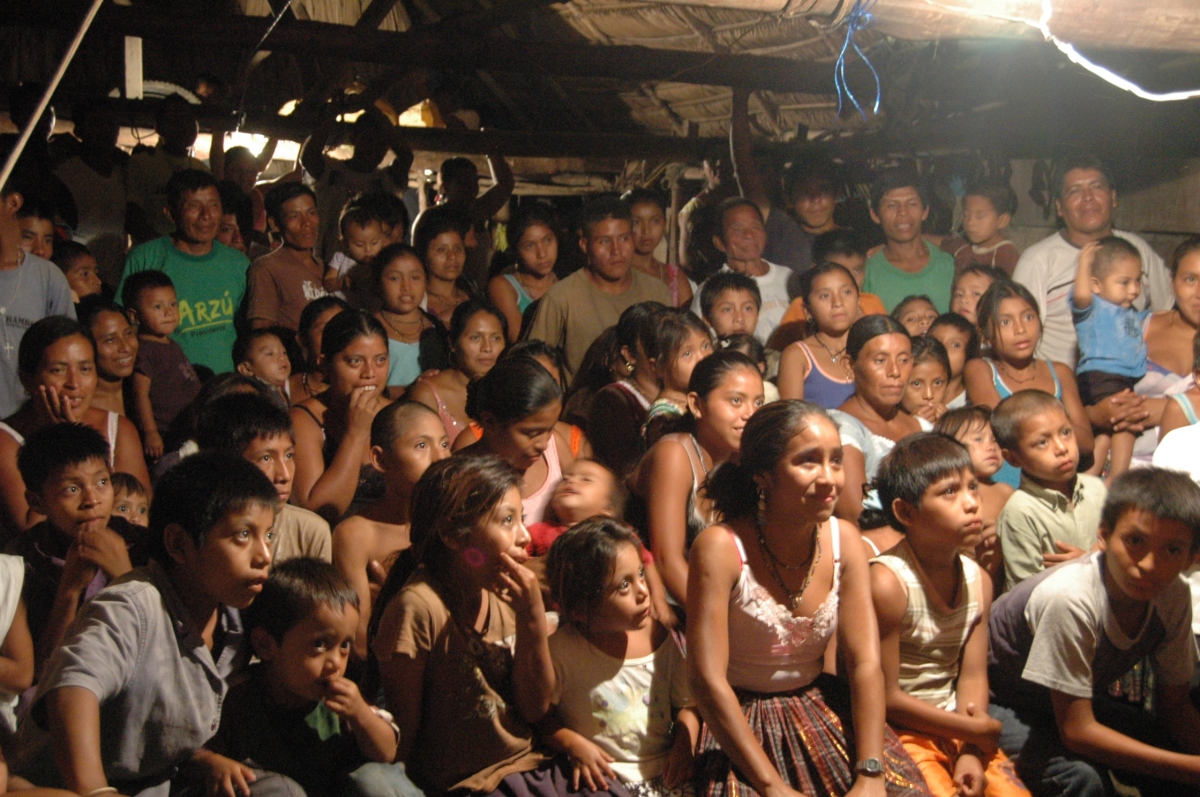 What attracts people? I work in marketing, so it’s part of my job to know what will attract a customer to my company’s message. I think it’s ironic that I work in marketing because marketing has no effect on me whatsoever, but it’s fascinating to study. And it’s been interesting over the past two years to see what works and what doesn’t.

I didn’t originally go into marketing. My degree is in journalism, and that’s really the style I prefer. Direct. To the point. Honest (supposedly). Just the facts, ma’am. That’s my kind of writing. You get what you need, and you can trust it because it’s true. Marketing isn’t really like that. I mean, you have to be truthful, but you’re supposed to leave out facts that could be construed negatively. You’re supposed to spin writing so that it presents the most positive image of your product possible.

I never really understood marketing until I started working at my current job, and I won’t say I understand it now. But I grasp it a little better than I did. And the more I grasp it, the more I have begun to notice it in other aspects of life. Specifically in the Church.

Christians are all about marketing.

I’m not talking the old school Christians, though. The old school Christians I know really have no interest in growing the numbers of their congregations. They don’t really don’t care whether the message is spread to its full extent (or if they do care, they put prerequisites on new believers so that they will dress/act/look/speak the same way the rest of the church does when they walk in the doors).

But more new-fangled Christians? Well, marketing is something they do well. They start playing the numbers game, and the more people who start coming, the more new people they need to keep coming. It’s all about appearances. It’s all about getting as many butts in those pews (or stadium seats) as possible. And there’s nothing really wrong with that, but there is a perception among believers that the Bible and Jesus isn’t enough to draw people. So they have market Him. They have to make the Bible relevant to our modern lives.

They think getting the Bible to mean something to our culture is like jamming a square peg in a round hole. It can’t be done. So they change it. They spin it. They leave out facts that could be construed negatively. They only focus on the things that don’t challenge people. And the result is churches with tens of thousands of people, yes. But it’s tens of thousands of people who don’t know anything about Jesus other than that He was a good man and a great teacher. Or they think the Bible can be picked apart and that parts of it aren’t true.

And the irony is that it’s unnecessary. Because the Bible and Jesus are relevant to our world and our culture already. They don’t need our help.

This is from a passage where Jesus is predicting His death, but it’s a concept that’s applicable in other situations too. This statement is in regard to Christ being lifted up on the cross. That’s what it means literally. But one of the awesome things about Jesus is that just about everything He said has both a literal meaning and a figurative meaning. And figuratively, this statement is just as true.

If Jesus is the focus of your church, He will attract people.

In our modern churches with our weak-willed faith, we think we have to draw people with extravagant buildings and fancy coffee and hip music, and we forget that Jesus should be the focus. Christ doesn’t say that if you lift up your church’s mission’s ministry, people will come. He doesn’t say if you exalt your worship ministry, people will come. This says if you exalt Christ, He will do the rest.

Please don’t misunderstand me. Obviously, I don’t speak Greek or Hebrew or Aramaic so I’m thankful for those who do who can translate Scripture. And it’s good to note that I like nice buildings and fancy coffee and hip music just as much as the next person. And I think there is extreme value in creating an environment where people are welcome and where people feel comfortable. But it’s so easy — so terribly easy — to get caught up in that comfort and that style and to focus on those environments. And it’s easy to use those things to draw people to church. But those things shouldn’t be our focus. Those things don’t attract people.

And if you try to spin Him, if you try to present an image of Him that you think is more palatable, that’s not exalting Him. That’s exalting your opinion.

I’m talking to myself more than anyone else because I’m pretty timid when it comes to sharing my faith face to face. And it’s so much easier to invite someone to church when I tell them that we build awesome sets or that we have great, cheap coffee or that our music rocks hardcore. And, again, there’s nothing wrong with that. If that is something of interest to the person I’m inviting, then yes, I’m going to use it. But I need to be upfront about what my church is about. I’m fortunate, because my rockin’ awesome church is about Jesus. But I’m just as guilty of focusing on the tools we use to attract people rather than the reason we’re trying to attract people.

We don’t have to market Jesus. We just need to worship Him. Jesus will sell Himself.