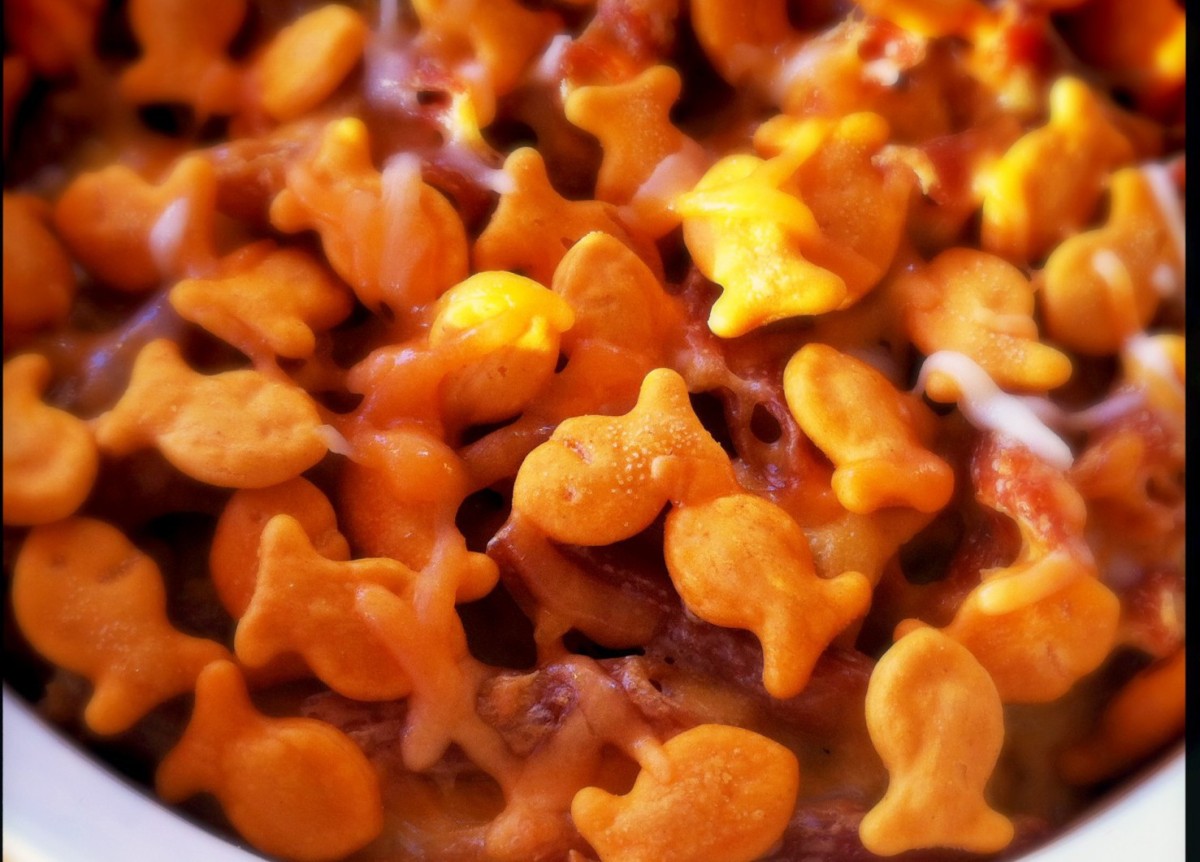 I’ve been visiting friends in New Jersey for the past few days, and for one of our meals, we had chili. I love chili. I eat chili all year round. And I’m one of those odd ducks who likes it with sour cream and tortilla chips. Not sure why, but I do. But I ate it a different way this time–with goldfish crackers!

My friends have a toddler, so they have lots of goldfish crackers. They thought they had saltines, but all they had were the goldfish. So I thought, why not? Let’s dump some goldfish in the chili. And you know what? It was excellent!

What does that have to do with anything (other than passing on a culinary tip)? Well, sometimes in life, we don’t get the options we want. Sometimes all we have are bad options, or what seem like bad options at the time. We’ve all heard about making lemonade when life hands us lemons. But what I’ve learned about life is that sometimes even though you have to make do with an option you don’t think will work, eventually you’ll be able to look back and see how God used it to grow you.

The Lord directs the steps of the godly.
He delights in every detail of their lives.
Though they stumble, they will never fall,
for the Lord holds them by the hand.

My preference wouldn’t have been to put goldfish crackers in my chili, but it was the only option at the time. And after I tried it, I think that’s the way I’ll eat my chili from now on. Sometimes I have to make a decision in life that I don’t particularly want to make, but further down the road, I find out that decision was actually good for me. That decision made me trust God more. That decision made me develop new habits that were healthier. And as a result, I’m closer to God than I would have been.

So don’t be afraid when all you have are choices that don’t seem like fun. Life isn’t always fun, and sometimes you have to make decisions that result in more work for you later on. But work isn’t always bad, and just because your circumstances aren’t any fun right now doesn’t mean that God has abandoned you or that you’ve done anything wrong. It just means that you’re doing the best you can with the options you have, and you’re letting God work out the details. And, frankly, that’s where you’re supposed to be anyway.

So toss those goldfish crackers in your bowl of chili next time. You’ll be pleasantly surprised. Likewise, that decision you’re dreading? Don’t be afraid to make it. Just make the best call you can and trust God to work everything else out. The road might be rough for a while, but on the other side, you’ll be able to look back and see God at work.