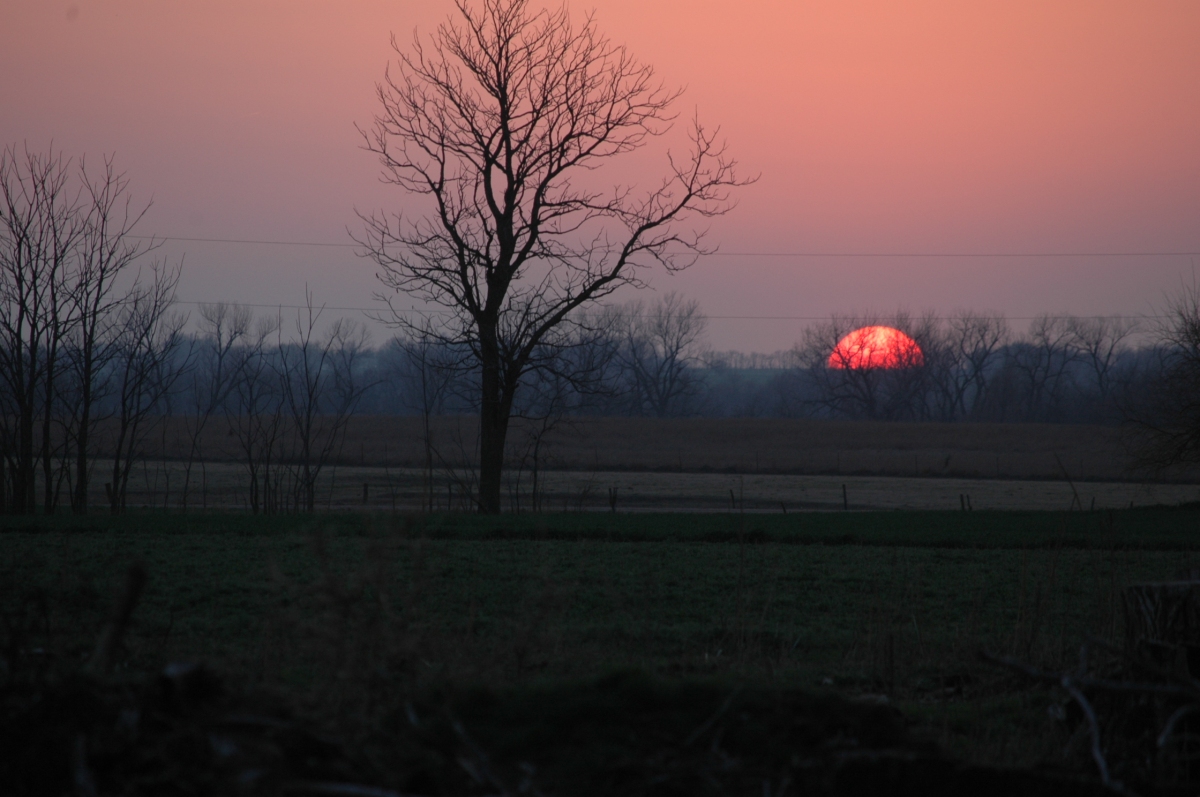 Do you ever wonder? How–in a mere 30 years–did we go from trick-or-treating outside at night to having to do it in daylight? How did we go from the personal accountability of my childhood to the government making laws so that people “do the right thing”?

I don’t think about it very often because it’s so sad. It breaks my heart to see what has become of us. Not just America. But of American Christians, who are just as guilty for the state of our nation and our world as those who don’t believe.

When I was a kid, the scariest thing we had to face was some unemployment or some local gang troubles. That was really it. Now? What kids face now? I don’t know how parents do it. I know so many precious, cherished friends with young children, and I don’t know how they help their children not be afraid when the world is falling apart.

ISIS. Ebola. Conspiracies. Oh, for the days when drugs were the scariest problem in schools. Now our high schools have daycare facilities because so many kids have kids of their own. Now you can’t travel from one place to the next without being frightened that you’ll contract a deadly disease.

But it’s even worse than that. I don’t know if the stories are true, but word is circulating now that wedding chapel ministers are being threatened with arrest because they won’t perform same-sex weddings. And there are other examples of people who are doing what the Bible says is right and they are being threatened because of it.

And if I’m not careful, I start getting afraid of what’s going to happen when that spirit stretches from sea to shining sea–when no one who believes in Christ and refuses to back down in His name is safe.

It’s coming. That day is coming. And if you don’t realize it now, you’d better wake up. You need to make that decision now before the time comes, before your faith is challenged, before it happens. Because you can’t make a decision like that in the heat of the moment. You have to make up your mind now whose side you’re on–your own or God’s.

And it’s scary. I’m not so “Christian” to tell you that a part of me isn’t scared. I don’t want to go to prison. I don’t want to die for my faith. But I will. I made that decision in high school, and I meant it. I guess part of me just didn’t expect to have to face it in my lifetime.

And I’m so glad God knew this was coming. He told us it would come. And those who take Him seriously have been anticipating the day when our world breaks down and starts targeting Christ-followers as their enemies.

Over and over and over in the Bible, God says not to be afraid. Don’t fear. Don’t be afraid. And there’s a reason for that–because this world is scary. Life is scary. And there’s so much that we can’t control because we’re just people. We have so many limitations. So many faults and failures. But God says not to be afraid because He doesn’t have faults and failures or limitations, and He promises that He has everything under control. 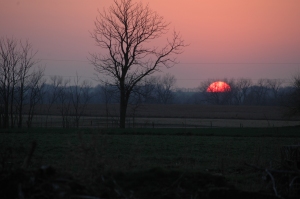 For I hold you by your right hand—
I, the Lord your God.
And I say to you,
‘Don’t be afraid. I am here to help you.

Don’t be afraid. God is here to help us. He promises that so many times–more times than I can count–and He never makes a promise that He doesn’t keep.

That doesn’t mean your life will be perfect. It won’t be perfect until we get home because this world is broken and breaking more and more every day. But that means in this scary world, you don’t have to live in fear.

So choose today. Make the choice today what side you’re on. Set it firmly in your mind, and if you have already made that decision, reaffirm it. Because the day is coming when you will be challenged, and before that day gets here, you’re going to face all sorts of things that will terrify you if you let them.

Just know you don’t have to let them. 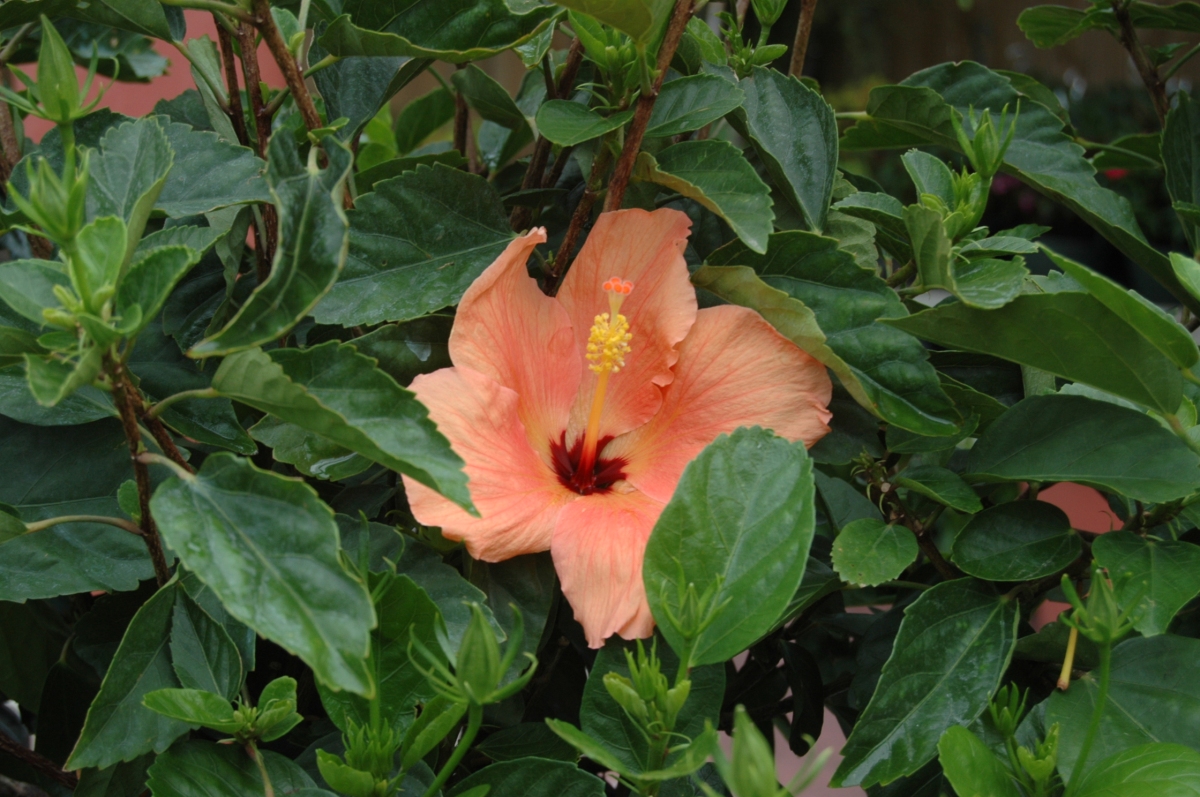 I’m there now. And in one way of looking at it, making this choice isn’t a big deal. But if you consider all of the ramifications, it could have a huge impact.

The long and the short of it is that I’ve received the first concepts for the cover of my book, Nameless. And I was desperately hoping that one of them would stand out as the absolute winner … but they’re both fantastic. And now I have to pick one.

I have to pick the book cover that will represent my novel in a way that will make people want to pick it up and read it. It’s not an earth shattering decision, but it’s important because it could very well determine whether the book sells or flops.

So I’m exercising a right that I have as a follower of Christ. I’m asking for God’s opinion. 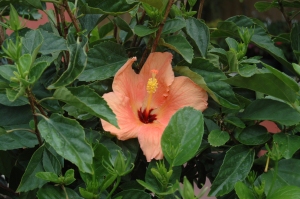 If you need wisdom, ask our generous God, and he will give it to you. He will not rebuke you for asking.

God wants to be a part of our lives in every way, from the big decisions to the small ones. And we should never forget that the small decisions may seem small but they can have huge consequences, so it’s essential to ask for wisdom before you make any decision.

God invites us to ask Him for help. He wants us to. That’s part of being in a relationship of any kind. You ask questions. You ask for opinions. You ask for help. We have friends because we were never meant to go through life alone, and God wants to be an intimate part of our lives.

Now, should you ask God what color socks to put on this morning? Well, that’s up to you. It’s highly unlikely that your socks could change the course of your life, but you never know.

I’m asking God for wisdom to choose the right book cover. Not necessarily the one I like the best, but the one that is the best option for the book itself. And that’s difficult for me because I don’t care about book covers. I never look at covers when I’m deciding what book to read. I look at the titles, and I read the back cover. That’s how I choose books. So if there is anyone completely unequal to the task of choosing a book cover, it’s me.

What decision are you facing today? Is it something you already have experience with or is it something you don’t know how to handle? Either way, ask for God’s wisdom. He’s invited us to ask, so we are nuts if we don’t take Him up on it. It’s like being friends with the most brilliant mathematician in the world and still struggling through your math homework alone.

Don’t let Satan’s lies convince you that your problem isn’t worth God’s time. That’s not your decision to make. You’ve been invited to ask; so ask. And don’t believe for a second that you have life handled on your own, because you don’t. Nobody does.

Just ask. Be sure about what you need to know. Trust that God will give you an answer. And then be willing to act on it, whether you think it’s the right answer or not.

Nobody said it would be easy, but so many times doing the right thing never is.