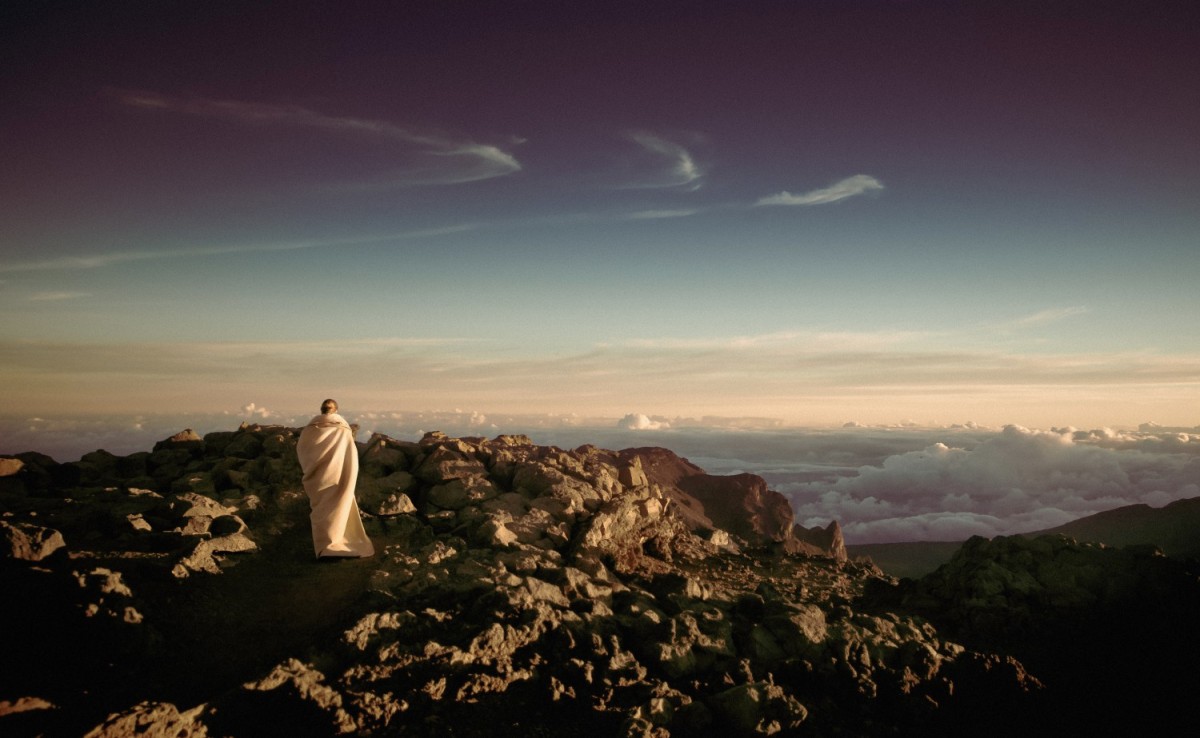 When I’m writing a story, sometimes I get lost in it. I’m not sure how other people do it, but when I write, I’m really just watching a story unfold and committing the events and dialog to paper. Sometimes I don’t even know how it’s going to end. There are stories I’ve written where all my attention has been focused on what a character looks like or what a character says or what happens next in the story, and those are all important things to know. But it’s in those moments when I get so caught up in the details that I forget the point.

Six days later Jesus took Peter and the two brothers, James and John, and led them up a high mountain to be alone. As the men watched, Jesus’ appearance was transformed so that his face shone like the sun, and his clothes became as white as light. Suddenly, Moses and Elijah appeared and began talking with Jesus. Peter exclaimed, “Lord, it’s wonderful for us to be here! If you want, I’ll make three shelters as memorials—one for you, one for Moses, and one for Elijah.” But even as he spoke, a bright cloud overshadowed them, and a voice from the cloud said, “This is my dearly loved Son, who brings me great joy. Listen to him.” The disciples were terrified and fell face down on the ground. Then Jesus came over and touched them. “Get up,” he said. “Don’t be afraid.” And when they looked up, Moses and Elijah were gone, and they saw only Jesus.

Put yourself in the shoes of Jesus’ inner circle–Peter, James, and John. The original three amigos. Can you even begin to imagine what they saw that night? In the blink of an eye, the veil covering Jesus’ earthly form pulled back, allowing them to see a piece of who He is. And if that weren’t enough, two legends from Jewish history decided to stop by for a visit.

Moses and Elijah. Moses and Elijah! My gosh, you don’t even have to know the Bible very well to know who Moses is. And Elijah may not be as familiar to you as Moses, but he’s the guy who called down fire on Mt. Caramel. These guys are heavy hitters. And their bodies had long since returned to dust.

So you can’t exactly blame Peter. I would have been excited too. Moses and Elijah! But Peter missed the point. Just like we do so often.

We take Jesus for granted because He’s always around. His name is everywhere, and we get used to Him, sort of like Peter did. Yeah, Jesus is a big deal, but He was always with them. Seeing two Old Testament prophets wandering around like they hadn’t been “dead” for a thousand years? Now that was something to write home about.

But God set Peter straight. The story isn’t about Moses. And it’s not about Elijah. The story is about Jesus, and it always has been. From before time began and long after time runs out, the story will forever and always be about Jesus. He’s the message. He’s the point.

Have you started to take Jesus for granted in your life? Are you more excited about something God is doing rather than the fact God is the one doing it? Take a step back. Take a moment to think about what actually matters.

It’s great to celebrate the details. It’s wonderful to focus on specific aspects of a job or a relationship or, like in my case, a novel. But don’t let those details get so big that they overshadow what really matters. Don’t forget who the story is really about.