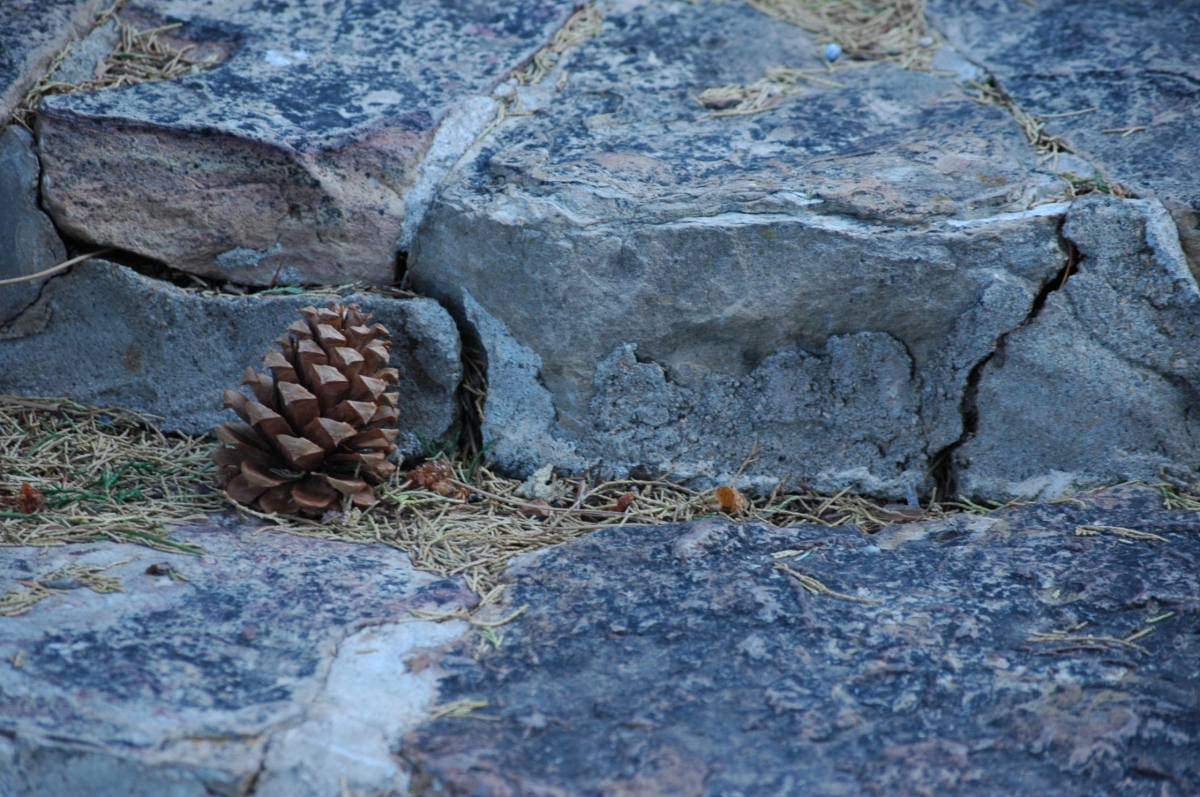 Life changes. That’s just an understood rule. Life never stops moving. People come. People go. They get married. They get divorced or maybe they stay together and move on. Relationships form and end, and even if friendships last an extended time, they don’t look the same that they did when they started. Change is a part of life. We live in a state of constant flux. Nothing ever stays the same. … except God, of course. That’s what’s nice about being a Christian. Even if the whole world is spinning out of control, you can cling to God and know that you won’t lose your footing.

I’m teetering on the edge of some pretty big changes myself. Nothing bad. A lot of exciting things, really. But I don’t like change. I’m okay with it because I understand it’s necessary, but even though I recognize its usefulness, that doesn’t mean I have to embrace it with dry eyes.

So I got to wondering how we’re supposed to handle necessary change. And I’m sure there are a lot of places in Scripture to look, but the first passage that came to mind was today’s verse. 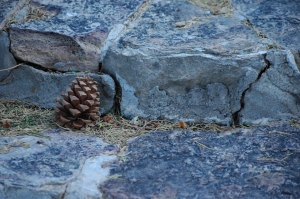 And again they wept together, and Orpah kissed her mother-in-law good-bye. But Ruth clung tightly to Naomi.

I love the story of Ruth. Ruth, herself, is just a wonderful woman, and I can’t wait to meet her.

Let me give you a little background briefly. Ruth was from Moab, one of the countries opposed to Israel. This all happened during the time of the Judges, before Israel had a king (other than God). A man took his wife (Naomi) and sons and went to live in Moab because of a famine in Israel; the sons took wives, Ruth and Orpah.

Then, the man died, leaving Naomi a widow. And then the sons died, leaving Naomi childless and Ruth and Orpah without husbands. Naomi decided to go back to her home, a little town called Bethlehem, and at first both Orpah and Ruth went with her. But after Naomi kept insisting that they should stay in their own country, Orpah went home. But Ruth clung to Naomi.

If you know the story, you know how that ends up, how Ruth takes care of Naomi and how Ruth eventually marries a man named Boaz and becomes a one of David’s ancestors, which means she is part of Jesus’ family tree. If you don’t know the story, read it; it’s short and wonderful and worth it.

There are lots of things to focus on in the story of Ruth, but right now I just wanted to focus on Ruth’s reaction. Because she had lost everything. She had turned her back on her own people (even though they were evil, it was the culture she was born into) and given up her old life to marry Naomi’s son. But Naomi’s son died, and that meant Ruth had no means of provision for herself or for her future.

That’s a big change. From one day to the next, Ruth went from security to acute loss.

But Ruth is an exception. She didn’t go back. She clung to Naomi, and that really stuck with me today.

Even throughout this first chapter, it’s easy to see that Naomi is pretty bitter. She’s sad and overwhelmed with grief at the loss of her husband and her sons, and she really thinks her life is over. So why would Ruth subject herself to that kind of relationship?

Well, Ruth loved Naomi. Naomi was a godly woman. And even thought Naomi was in the darkest part of her life, she was still clinging to God. She hadn’t given up on God.

I’m sure Ruth knew there was something different about her husband’s family when she married into them. And when Ruth’s life changed drastically, she didn’t flee back to the life she knew, she clung to the new hope she had found in God.

Change is a part of living. Everything changes. Some change is good; some change isn’t so good. But change comes around no matter how much we try to avoid it or stop it. And when that happens, we have a choice. We can put on the brakes and retreat to the corner where we’re comfortable, or we can give the accelerator to God and hold on as we plunge ahead into the unknown.

Ruth clung to God and held on tight when He led her through challenges and circumstances that she didn’t understand. But when He was done, she had a place to belong and a place in history, and even though this all happened thousands and thousands of years ago, people still know her name.

Going back is comfortable but you won’t accomplish anything great. And I guess, if you’re okay with that, go for it. But don’t be so willing to give up the awesome plan God has for you just because you’re afraid of what you can’t predict.