I know people who talk a lot. They can talk all day long about the things they can do and the places they’ve been, but when it comes down to actual action or serving someone else, they seem to forget everything they claimed to be. I’ve even met people who talk about loving to travel and loving to do big things for God, but when you give them the option to go on a mission’s trip, they aren’t willing to follow through.

And that’s fine. There are always circumstances, and since I don’t have a window into people’s hearts, it’s not my place to judge. It isn’t my place to judge anyway. But haven’t you experienced the same thing? Where you encounter other believers who are more talk than action? People who like to talk about God and talk about the things that God is doing in other peoples’ lives? Strange how those people rarely touch on what God is doing in their own life. They’d rather live vicariously through others. 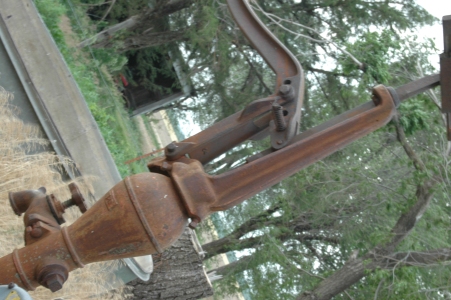 For the Kingdom of God is not just a lot of talk; it is living by God’s power.

When I first read this, I thought about that crazy movie, Kingdom of Heaven, with Orlando Bloom and Liam Neeson. It’s really an interesting movie because it shows what can happen when two groups of people pursue what they think is God’s will when they don’t really know who God is to begin with.

The book of 1 Corinthians in the New Testament is a letter written to the Church at Corinth by Paul. The Church at Corinth had major issues. I mean, serious issues. We think our churches in America are screwed up? Yeah, we got nothing on Corinth. We’re getting there, though. In any case, 1 Corinthians was Paul’s first letter to them, addressing all the really horrible things that were going on. And chapter 4 talks about Paul’s relationship with the Church of Corinth and how they have forgotten their place.

It sounds to me like there were people who had taken charge in the church who were full of nothing but hot air. And I don’t care what you’re doing, being led by someone who’s all talk is dangerous. Even in the business world, the secular arena, people know that following someone who is nothing but talk is a bad idea. Those people will sacrifice others to get their way. They’ll run from challenges because deep down inside they are cowards.

What Paul is saying is that God’s kingdom isn’t about talking. It’s life, but not just life, it’s a life lived with God’s power evident in every facet.

So what does this mean for us today?

Well, talking is easy. It is. Especially if you have a lot to talk about. I like to talk. And I’ve had a lot of experiences that make for great table conversation. But if I let the whole of my life be caught up in talking about the things I did in the past, what will I do today? If I get so caught up in talking about the things that God has done in other peoples’ lives, what am I doing for God right now?

Talking is good. But living is better.

And living to find God’s will is okay, but if all you focus on is finding God’s will for your life as a whole, you’re going to trample over the small opportunities He has for you right now. And you’ll trample over other people around you too. Seeing the big picture is important, but never forget that big pictures are made up of small parts.

So don’t just talk about the great things God is going to do. Go do something. Even if it’s small. Even if, in your estimation, it doesn’t count for anything. Because that’s what is so awesome about God because even something small can become something amazing with His power if you do it for Him. That’s living in God’s power. And that’s more than just talk.