But somewhere along the line, faith earned a reputation for being blind. It’s not, and it never has been. Blind faith is naivete, lazy, foolish, and dangerous. God demands that we have faith, yes, but not without providing copious evidence that what He’s asking us to believe is true.

There’s faith and there’s recklessness. Some people think it’s the same, but it’s not. Being reckless is spending money you don’t have and expecting God to replace it. It’s living irresponsibly and expecting God to pick up the pieces for you. Reckless living means you don’t think. You just feel. And while there’s an element of feeling in faith, faith should always always be based on the solid bedrock of Scripture.

“Today when you hear his voice,
don’t harden your hearts
as Israel did when they rebelled,
when they tested me in the wilderness.
There your ancestors tested and tried my patience,
even though they saw my miracles for forty years.
So I was angry with them, and I said,
‘Their hearts always turn away from me.
They refuse to do what I tell them.’
So in my anger I took an oath:
‘They will never enter my place of rest.’”

Faith doesn’t test God. Granted, there’s a verse about tithing and giving to the church where God invites you to test Him (Malachi 3:10). That if you give sacrificially to God’s work, God will bless you abundantly. But there’s no verse in Scripture inviting you to test God’s mercy with driving drunk or even driving buzzed. There’s no verse in Scripture that says it’s okay to immerse yourself in debt and expect God to help you pay it off.

When Satan came to tempt Jesus, I think Christ’s response should guide our actions when it comes to taking unnecessary, reckless risks. Because if Jesus wouldn’t test God by throwing Himself into danger and expecting God to save Him, we shouldn’t either.

But what is faith then if it isn’t blind?

I know many people who have made choices that seem reckless. I have friends who’ve left a comfortable American life to live in third-world nations with corrupt governments. Some live there alone. Others are raising a family in that environment. And many people I know hear about them and comment on how dangerous they are. It sounds reckless. It sounds like blind faith, leaping into a dangerous situation and trusting God to get you out of it. But it’s not. It’s very different.

First of all, faith is knowing who God is and what He expects from His children. He expects us to follow Him, to agree with Him, to say that what He says is right. But the second part of faith is action. It’s doing what God says to do, going where He says to go, living how He says to live. And that is different for each and every Christ-follower.

For some, God directs them to leave their homes and travel through dangerous countries telling others about Jesus, but if God has told them to go, they’re safer in those dangerous lands than they would be at home. For others, God has told them to walk away from their jobs and live a life devoted to Him and to ministry and to others, and if God wants them to do that, He’ll provide a better way of a life for them than if they made six-figure salaries.

I guess, what it comes down to is that it’s not what you do for God that matters. It’s why you do it.

Faith isn’t blind if you know who you’re trusting. If you’re following God with your whole heart, He won’t lead you into a situation He can’t get you out of. And even though your actions may seem crazy to everyone else, if God is leading you, you need to follow.

If you live recklessly expecting God to put your life back together when you’re done having fun, you’ll regret it. God will help you, but it won’t be easy. If you give your life to God now and He leads you to do something the world calls reckless, that’s a completely different story. It may not turn out how you expect, but you can trust God will provide because that’s what He’s promised to do. 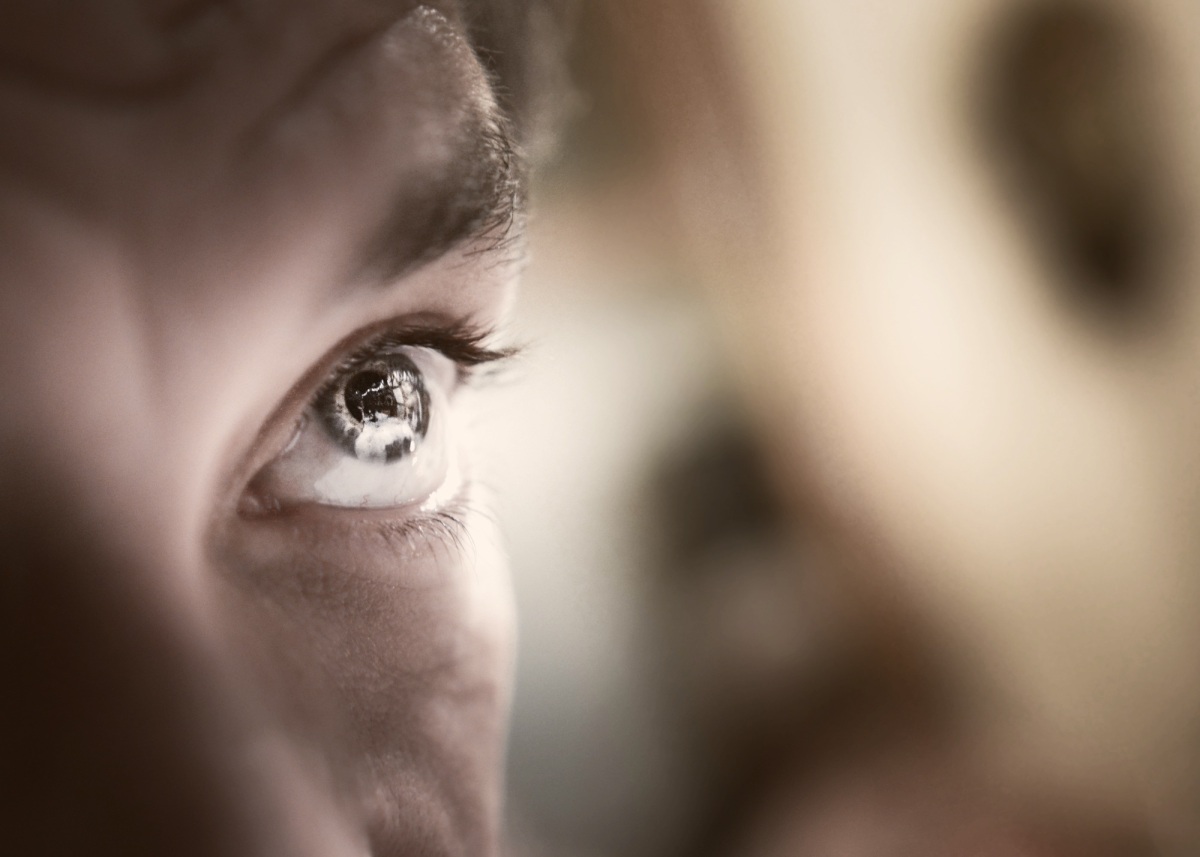 When I was a kid, there was a series of coffee table type books that were all the rage, the Magic Eye books. The books were full of large nonsense images that took up entire pages. Each image just looked like one giant collage of shapes and colors with no pattern or order. On the surface, they didn’t make any sense, but if you know how to look at them, you saw something completely different.

3D images were buried in those page-sized nonsense collages of colors and shapes. It took me years to learn how to see the hidden images, but once I figured it out, it was addictive. If you’ve seen one, you know what I’m talking about. If you haven’t, go to the library and check a Magic Eye book out. Seriously. It’s totally worth it.

I didn’t realize it at the time, but those crazy Magic Eye books taught me a really important lesson about following Jesus. 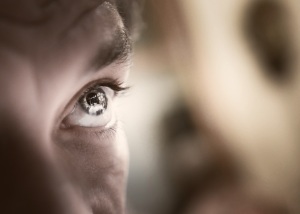 This is what the Lord says: “You will be in Babylon for seventy years. But then I will come and do for you all the good things I have promised, and I will bring you home again. For I know the plans I have for you,” says the Lord. “They are plans for good and not for disaster, to give you a future and a hope. In those days when you pray, I will listen. If you look for me wholeheartedly, you will find me. I will be found by you,” says the Lord. “I will end your captivity and restore your fortunes. I will gather you out of the nations where I sent you and will bring you home again to your own land.”

Many Christ-followers have heard the famous verse Jeremiah 29:11, “For I know the plans I have for you,” says the Lord. “They are plans for good and not for disaster, to give you a future and a hope.” They’re well known and used to comfort Christ-followers over and over again in times when we don’t understand what God is doing in our lives.

What many don’t know is the context. See, God spoke these words to His people just before He sent them into captivity, but He didn’t send them away without reminding them of His promises. God wanted to make sure they understood that even though life was hard (and it was going to get harder), He hadn’t forgotten them, and He hadn’t abandoned them. And if they were willing to look for Him, they would be able to find Him.

That’s a message our world needs right now, both Christ-followers and people who don’t believe.

There are points in my life when it felt like all I did was look for God. I read my Bible. I prayed. I talked to godly mentors. And it felt like I couldn’t find Him anywhere. At that point, I would turn to verses like these and question their validity. Because if the Bible says all I have to do to find God is to look for Him, it was a lie. Because I was looking, and I couldn’t see Him anywhere.

Ever had days like that? Where all you want is for God to just show up? You aren’t even asking for an audible voice, but you just need a sign, a hint, something to tell you that you aren’t alone. Ever considered that you might not know what you’re looking for?

We all have this image of God in our heads, and it’s shaped by different life experiences. And we all have this tendency to tell God how He needs to prove Himself to us. We do. Every does it. We ask God to show us a sign, and when He doesn’t hop to it and wave His arms around for us to see, we give up on Him.

You do realize that God doesn’t owe us anything, right? That’s a hard statement to swallow because–let’s be honest–we all think we’re something. Deep down inside, we think we’re pretty cool. And generally speaking, we’re right. But just because we’re pretty cool people doesn’t mean God is required to prove anything to us.

But He does it anyway. We just have to understand that it’s not what we’re looking for, it’s how we look for it.

Like those stupid Magic Eye puzzles, you have to look for God’s hand in a certain way. You can’t go looking for Him with a chip on your shoulder. You can’t approach Him like He owes you something. And you can’t seek Him with anything less than your whole heart. If you do, you won’t find Him.

God isn’t in the flash. I mean, He can be when He wants to be. He can be as big and flashy and ostentatious as He wants to be, but that’s not really His style. God is in the everyday. He’s in the sunrises and the sunsets that paint the sky a million shades of lavender. He’s in the taste of your morning coffee and the scent of your afternoon cup of tea. He’s in the quiet whisper of the autumn breeze through the leaves, and He’s in every connection you make with other people.

When you learn how to look for Him, you realize He’s not hard to find. He really is everywhere. So don’t convince yourself that He doesn’t care. Don’t tell yourself that He left you behind. And don’t keep asking Him for elaborate signs and wonders when you can marvel at who He is over your first cup of coffee in the morning.

Are you looking for God this morning? He’s right next to you. He’s just waiting for you to open your eyes and see who He actually is instead of who the world wants Him to be.