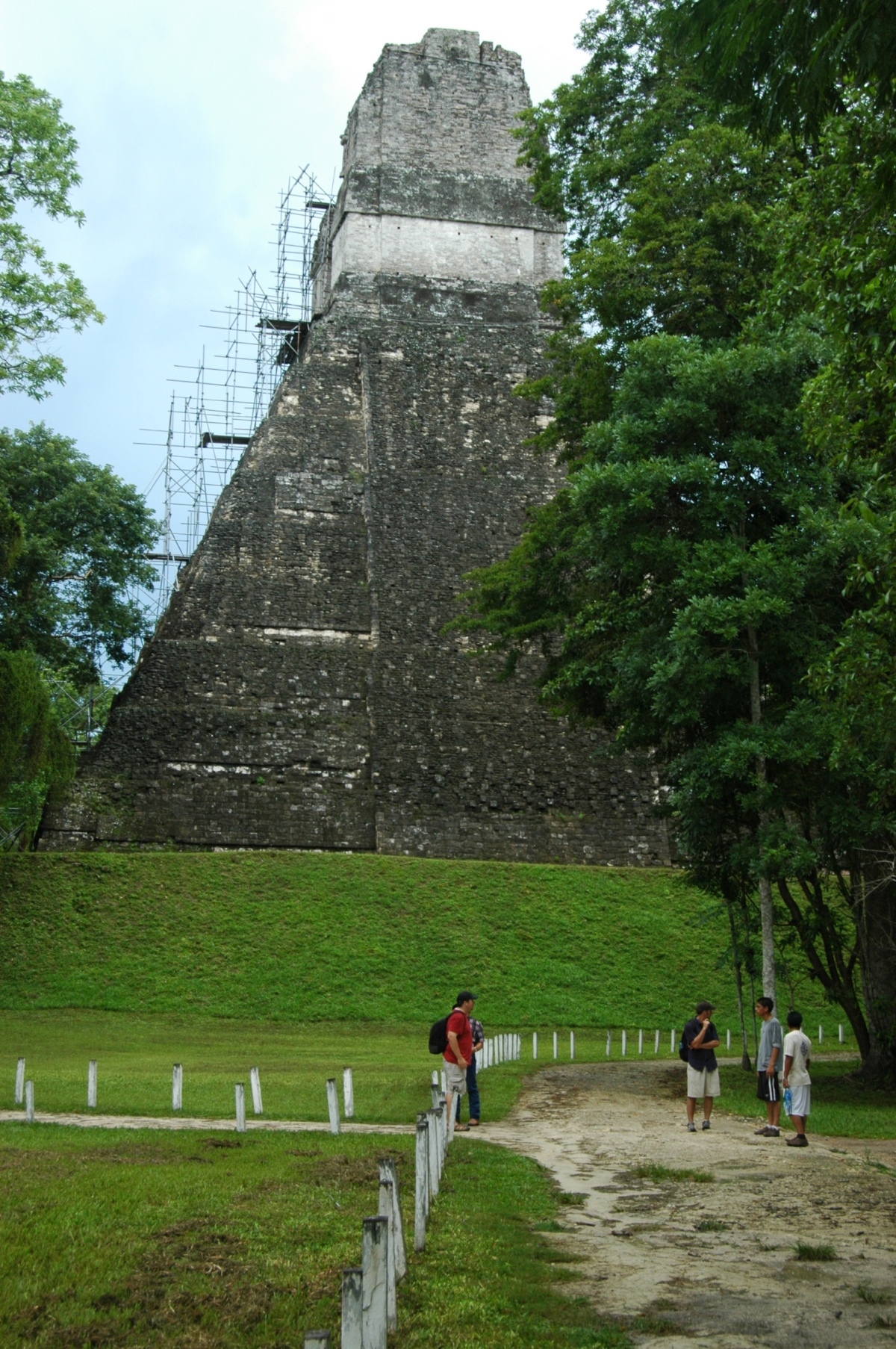 Being great is an accomplishment that everyone in the world seeks, if they’re honest. We all want to be known for something. We all want to leave our mark on the world. So how is it that only some people succeed and others don’t? Well, what is the definition of greatness, actually? Because it varies from person to person.

On earth, being great translates into being wealthy and famous and powerful. On earth, great kings and queens and rulers thousands of years ago were so great that they had temples built to commemorate their death, massive structures of stone that still exist to this day. But is that really greatness? Because when your money runs out and your influence runs out and you reach the limit of your talent and people get tired of you, you’re no longer great and you fall from the spotlight. But is greatness supposed to be temporary?

A temple in Tikal - Peten, Guatemala

This verse comes from a message that Jesus preached called The Sermon on the Mount. It’s the same chapter that you find the Beatitudes, one of the most paradoxical chapters in all of Scripture.

This part of the message is talking about the Law. Basically, Jesus is telling people that He didn’t come to do away with the Law Moses wrote on God’s behalf (the Old Testament pretty much) but that He came to accomplish its purpose. It’s purpose being to bridge the gap between God and Mankind. That’s when He says this, but afterward He cautions them that obeying the Law won’t get them into heaven.

But if you obey God’s laws and teach them to others, you will be great. Not on earth but in heaven.

Compare the difference to being great on earth to being great in heaven. Just about everything on earth is temporary. Very few things down here are going to last into eternity, those few things being mainly our souls and our love for God and each other . . . and some of our works which will be tested to see if they were worth anything. And that’s about it. No money. No power. No influence. No status. No titles. Nothing of that sort will make it.

But in heaven, there will be a different sort of rank and status. It’s completely opposite of the way we live here, where the person who cared the most about money and power on earth will be less important than someone who cared about others. It will be a place where people who trusted God with everything they had while they lived on earth will outrank people who chose to clung to their own wisdom.

Notice, everyone is still in heaven. And, yes, it will still be wonderful no matter what rank or station you are at, but there will be quality of life in heaven and not many people talk about that. We may all believe in Jesus but not all of us know Him as well as we should. Those people who know Him and live like Him will receive a better reward than those of us who just lived to achieve money and power on earth.

In essence, I guess Jesus is saying that you will receive the reward you seek. If you’re after money and power and wealth and fame on earth and if you work hard enough for it, generally speaking — sometimes — maybe — possibly, you’ll achieve it. And if you seek to be great in heaven and you go about it by obeying God’s laws and teaching others, then you’ll achieve it when you get to heaven. But it’s rare that you will achieve both. Not unheard of. But rare.

So, it’s important to ask yourself what is more important, being great on earth for a little while? Or being great in heaven forever?